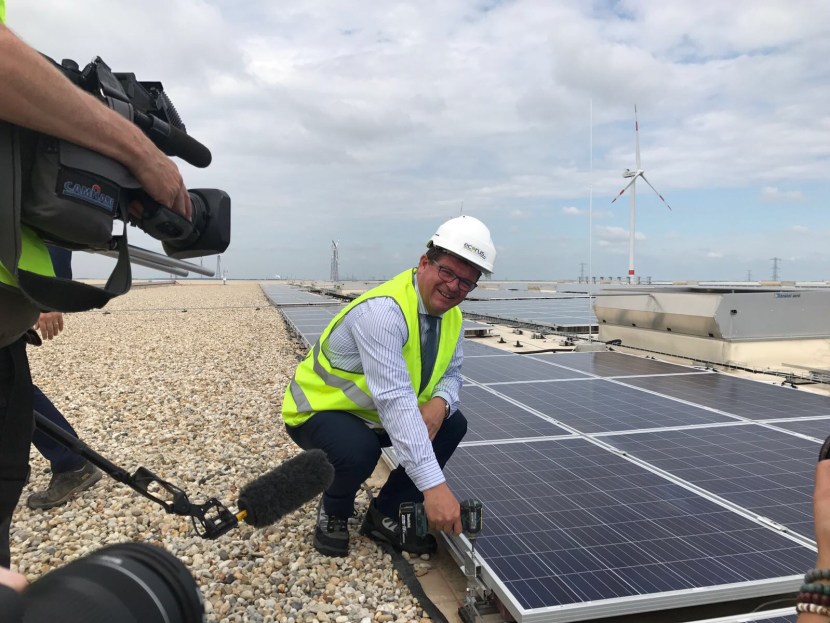 Construction on the 100 MW Kristal Solar Park is set to start in October. The facility will be located near the town of Lommel, in the Flemish province of Limburg. The project developer, local investment agency, Limburgse investeringsmaatschappij (LRM) said the project will be 34% cheaper than expected.

The investment agency of Belgium’s Flemish province of Limburg, Limburgse investeringsmaatschappij (LRM), has announced that the 100 MW Kristal Solar Park, which it is planning in partnership with the municipality of Lommel, will be constructed by Engie Fabricom, an engineering unit of French energy group, Engie. Work is expected to commence in October.

The French company was selected through an invitation for bids published in local newspaper, De Tijd and international magazine, The Economist. Thirty applications from more than ten countries were received, which were then reduced to six after an initial screening.

In December, the Flemish Energy Agency (Vlaams Energieagentschap – VEA) set a banding factor of 0.8 for the Kristal Solar Park, which means it will be entitled to sell power at a price of €78/MWh, Tommelein specified. The banding factor, introduced by the Flemish government in 2013, is a system used to differentiate the support to the different renewable energy technologies and to prevent clean energies from being oversubsidized.

This tariff will be granted over a 15-year period. Initially, the buyer of all of the power generated by the facility will be the local zinc and lead manufacturer, Nyrstar, with which the PPA was signed at the beginning of July.

More buyers, however, may be connected to the facility through a direct line, a new mechanism set up by the Flemish government.

When completed, the Kristal Solar Park will become Belgium’s largest solar plant, and the first large-scale solar park built in the country since 2013.

Most of Belgium’s installed PV capacity, which was around 3.8 GW at the end of 2017, is represented by rooftop PV systems. According to local association APERE, around 60% of the grid-connected PV systems in Belgium have a capacity of up to 10 kW, while most of the remaining share is represented by commercial and industrial rooftop installations.