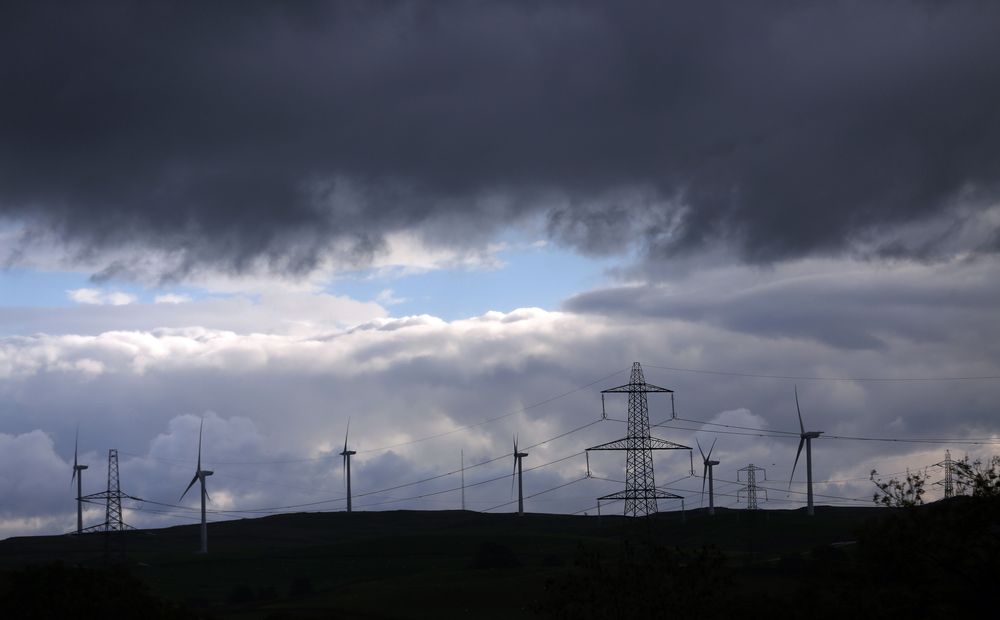 Bright and breezy days are becoming a deeper nightmare for utilities struggling to earn a return on traditional power plants.

With wind and solar farms sprouting up in more areas — and their power getting priority to feed into the grid in many places — the amount of electricity being generated is outstripping demand during certain hours of the day.

The result: power prices are slipping to zero or even below more often in more jurisdictions. That’s adding to headaches for generators from NRG Energy Inc. in California to RWE AG in Germany and Origin Energy Ltd. in Australia. Once confined to a curiosity for a few hours over windy Christmas holidays, sub-zero cost of electricity is becoming a reality for hundreds of hours in many markets, upending the economics of the business in the process.

“There is no time pattern for having negative prices in Belgium,” said Marleen Vanhecke, an official at the nation’s grid manager, Elia System Operator SA. “This phenomena is mainly determined by high wind generation in Germany and enough import capacity towards Belgium.”

The chart below shows the incidence of so-called negative power prices so far this year, indicating the biggest issue is in Germany, where the government has been working for more than a decade to shift the economy toward cleaner forms of energy.

Periods with negative prices occur when there is more supply than demand, typically during a mid-day sun burst or early morning wind gust when demand is already low. A negative price is essentially a market signal telling utilities to shut down certain power plants. It doesn’t result in anyone getting a refund on bills — or in electric meters running backward.

Instead, it often prompts owners of traditional coal and gas plants to shut down production for a period even though many of the facilities aren’t designed to switch on and off quickly. It’s left the utilities complaining that they can’t earn the returns they expected for their investment in generation capacity.

“Energy market price signals are critical to telling generators where to build new resources,” said Abe Silverman, deputy general council at NRG Energy, which is concerned about the anomaly in California. “As negative prices become more prevalent, we’ll have to evolve our energy market price formation strategies to ensure that we will continue to drive efficient investment.”

Prices are below zero most often in Germany, which was the first major economy to make a big push into renewables. It’s phasing out nuclear reactors and coal power, leading to more frequent swings in the electricity market. It also exported its negative costs to surrounding markets. Denmark, Belgium, the Czech Republic, Switzerland and even France have all registered negative hours during this year or last.

In most U.S. markets, negative pricing only occurs when real-time power deliveries drop below expectations from the previous day or when supplies come in greater than forecast, said William Nelson, an analyst at Bloomberg New Energy Finance.

“On the supply side, the intermittent sources like wind and solar are most likely to deviate from their day-ahead plans,” Nelson said.

The one exception is California, which had 110 hours with negative prices in its day-ahead market, according to a report from grid manager CASIO. Prices there are determined in auction one day prior to delivery. They dropped below zero during midday hours when there were high levels of solar generation and solid output from hydroelectric plants.

There were fewer days of sub-zero prices in Australia during 2017 compared with previous years even as more wind-power capacity was built. There, Origin Energy has a built a big portfolio of gas-fired “peaker plants” designed to switch on quickly and only when needed.

It’s plants such as those — smaller and more nimble than traditional generation units — that hold a key to smoothing out the most uncomfortable fluctuations in the market. Peaker plants can help the system cope with big swings in output from renewables.

“Bill Gates became the richest bloke on Earth off the end of the mainframe,” said Neil Eckert, chairman of Aggregated Micro Power Holdings Plc, an energy services company that installs small power plants. “We are seeing the end of the energy mainframe. The world will have to learn new techniques — how to invest in small-scale distributed energy.”