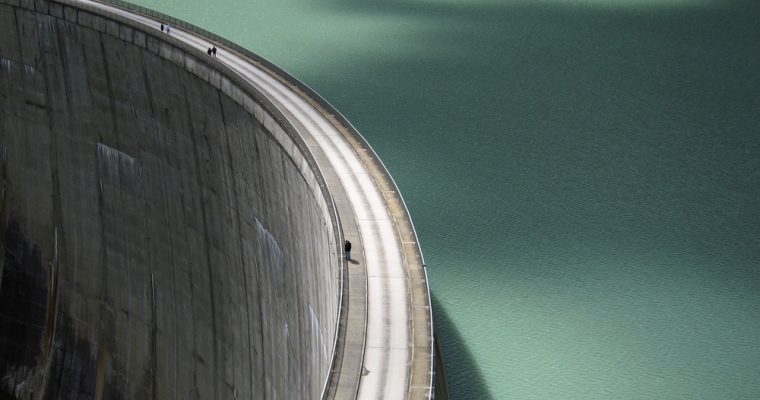 When it comes mining Bitcoin or any other digital currency, the goal is to keep operational and energy costs to a minimum to ensure maximum profitability.

Up until recently, that need for optimal energy costs has sent a good deal of mining to China, where electricity is subsidized and cheap. However, most of these facilities in China are powered by coal-fired stations which have been proven to be harmful to the environment.

While some suggest that we should seek to slow the growth of the blockchain revolution, the industry is creating so many beneficial technologies, and therefore should be encouraged to grow, in sustainable ways. As a decentralized technology, blockchain has the potential to solve countless security issues, increase fairness in markets, and reduce corruption all around the world.

The solution, then, isn’t to curtail Bitcoin mining, but is to take advantage of green energy innovation.

The following five renewable energy technologies can (and should) be taken advantage of by the Blockchain mining industry to help drive sustainable growth:

Geothermal energy is a completely renewable source of energy because it comes from heat stored within the Earth. One of the things that makes Earth an ideal planet for life is our molten iron core. It provides a magnetosphere that protects us from harmful radiation and other space-borne threats, and it produces heat that we can convert into electricity.

Places like Iceland, where volcanic activity pushes that heat closer to the surface, allow us to tap into this power at an affordable rate and with almost no environmental impact. Of all the renewable energy technologies, geothermal power provides some of the most consistent power output because it doesn’t rely on unpredictable aspects of mother nature, like wind or sunlight. Additionally, geothermal energy is plentiful, with a total worldwide capacity of 12,894 MW.

One major drawback of geothermal energy is that it has been limited to areas near tectonic plate boundaries. Consequently, drilling and exploration for geothermal energy is very expensive. However, recent advances in technology have expanded the range and size of viable geothermal resources. As a result, the cost of generating geothermal power has decreased by 25% in the past 20 years, with geothermal costs per kWh now ranging from 6 to 8 cents per kWh.

Of all the renewable energy technologies, solar power is the most widely used. Photovoltaic panels use radiation from the sun to produce electricity, generating green energy wherever there is consistent sunlight.

The cost of solar power has decreased since 2013 by more than 60%, and has actually reached grid parity in many locations. Commercial solar costs are now $0.07 per kWh and utility grade solar is at $0.06 per kWh. In 2016, total global solar power installed capacity reached 302 GW, which is roughly 1.3–1.8% of total worldwide electricity demands. This figure is predicted to reach 500 GW by 2020. Experts predict that by 2050, solar power will be the largest source of electricity globally.

One reason solar power is so desirable is that it is easy to install and maintain. However, solar panel output is impacted by weather and pollution; if it’s cloudy outside, solar electricity output can decrease by 40% or more. Output also varies throughout the year as the sun’s path changes. Summer typically yields the most electricity.

Solar panel efficiency is measured by the portion of sunlight that Photovoltaic panels can convert into useful energy. In most cases, efficiency levels of solar power range from 14% to 23%.

Another drawback with solar power is that output stops at night. This challenge can be offset by feeding excess power into the grid during the day. Since this method offsets nighttime consumption, it has become known as a “virtual power station.” Solar providers and users who do this can receive financial incentives via a feed-in tariff, or they can be credited through net-metering.

Another solution is to store excess power generated during the day in energy storage systems that can then be used at night. Battery technology is still quite expensive, although major technological advances are being made in this space. It is likely that energy storage costs will start coming down in the next few years, as commercial production and competition increases.

Waste energy uses various waste outputs as sources for recycled energy. This approach can be divided into two technology streams: thermal and non-thermal.

Thermal waste energy plants incinerate organic waste to produce heat. That heat is used to drive a steam turbine to produce electricity. Although this technology produces some CO2 emissions and other toxic gases, it tends to emit fewer CO2 emissions than other outdated non-renewable approaches, thanks to strict emission controls enforced by Europe and other energy-conscious markets.

The second type of waste-to-energy plant, non-thermal, uses bacteria to break down organic waste into methane gas. Methane gas is highly flammable, and is burnt to drive a generator that produces electricity. The CO2 emissions originating from the burning of methane gas are much lower than other fossil fuels. However, methane gas itself has a high Global Warming Potential (GWP), so measures need to be put in place to prevent methane gas from escaping into the atmosphere.

At the end of 2015, the U.S. had 71 waste-to-energy generating plants with 2.3 GWs of installed capacity in 20 states. Waste-to-energy plants typically have an efficiency of 14 to 28%. In colder climates, the waste heat is usually recovered to provide local heating. This approach improves the overall efficiency of the plant. The efficiency of a WtE plant is measured by the amount of useful energy that can be extracted from the organic waste and turned into electricity.

A major advantage of waste-to-energy plants is that they reduce the number of landfill sites required for municipal waste. Unfortunately, they also divert waste from being recycled.

Hydropower is one of the oldest types of renewable energy technologies; the first hydropower plant was installed in Niagara Falls in 1879. Hydropower takes mechanical energy from the flow of water and turns it into electrical energy.

It’s also one of the cheapest and most consistent forms of renewable energy, as its power output can be maintained, as long as water is flowing. The efficiency of hydropower is also the highest out of all the renewables, at 90%. Compared to the most efficient fossil fuel-based power plant, which has 50% efficiency, hydropower is an incredibly desirable source of renewable energy.

Hydropower may be a cleaner source of energy with a low carbon footprint, but it is not without environmental issues. Hydropower can be destructive to the local environment. This form of energy generation requires the damming of rivers, which can harm local wildlife if not done careful. It is often necessary to conduct an environmental impact assessment to help prevent unforeseen complications.

Small-scale hydropower can be a good option if a facility is located close to a fast-moving river that flows consistently throughout the year.

As a relatively new renewable energy technology, tidal power has not yet received widespread adoption. However, there is potential for growth. A form of hydropower, tidal power uses the kinetic energy of tidal movements in the sea to generate electrical energy.

The largest tidal generator is in South Korea and consists of 10 tidal wave generators with a total installed capacity of 254 MW.

The technology can be split into 4 different subtypes:

Tidal stream generator: Similar to wind turbines, but these turbines sit underwater and use the kinetic energy of water flow to drive the turbines.

Tidal barrage: Tidal barrages use the potential energy found in the difference between low and high tides to generate electricity.

Dynamic tidal power: Dynamic tidal is a relatively new and untested technology, but holds potential promise. It proposes that long dams be built out to sea from the coast without enclosing the area. This will introduce tidal phase differences, leading to a significant water-level differential and strong coast-parallel oscillating tidal currents in shallow coastal seas.

Tidal lagoon: Another new approach to using tidal power as a renewable energy source, tidal lagoon power, consists of constructing circular retaining walls embedded with turbines that can capture the potential energy of tides. The created reservoirs are similar to tidal barrages, except that the location is artificially created.

Tidal power is still in its infancy, and there are still a limited number of suitable sites across the globe. A fair amount of time, money, and effort is required to conduct feasibility studies to identify suitable sites. Still, the technology holds a lot of potential and will continue to mature over time.

The total energy consumption of the Bitcoin mining network has increased in recent years and to help maintain the pace of innovation it will be essential for the industry to consider green energy alternatives. Energy forecast models show energy consumption of the network increasing even more in the next year so looking into these new sources of power will help keep the mining industry running with a minimal impact on the environment.

In some countries, like China, most of the energy used for Blockchain mining originates from dirty fossil fuel power stations, which goes against the international community’s efforts to promote clean energy. Other more responsible mining companies are building facilities based on purely renewable energy and are making infrastructure investments that will help developing markets adopt green energy practices.

It’s the responsibility of the Blockchain mining industry to support the uptake of sustainable energy, both for their facilities and also for larger infrastructures and markets. By seeking ways to increase energy efficiency and developing green energy infrastructure, mining companies will reduce their energy costs and decrease the impact that digital currency has on the environment. The result will be continued innovation in the blockchain sector and a more decentralized, environmentally-friendly future.