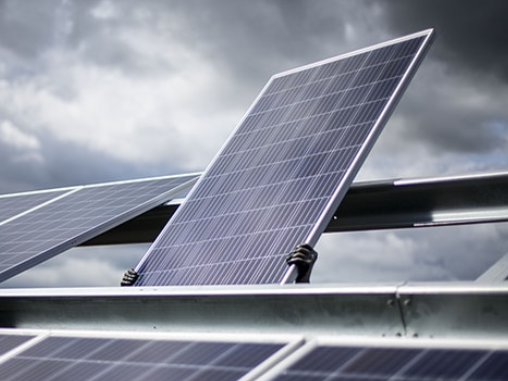 Renewable energy in Minnesota is about to take a potentially big step forward.

Connexus Energy is building two electricity “storage” systems — solar-panel arrays connected to big batteries. Each battery can store up to two hours of power, allowing Connexus to inject renewable energy into the grid on command.

“It’s a big endeavor, especially since it is new and first of its kind,” said Greg Ridderbusch, CEO of Ramsey-based Connexus, the state’s largest cooperatively owned electricity provider. “It’s not research and development. This is a commercial project.”

The $31 million undertaking marks the first commercial-battery deployment in Minnesota, and the largest by an electric co-op in the country. Falling battery prices have made “solar-plus-storage” a viable alternative for Connexus.

The improving economics of storage, combined with regulatory mandates in some states, have prompted a surge in battery projects nationwide. Minneapolis-based Xcel Energy has plans for one of the country’s largest energy-storage initiatives in Colorado.

Xcel’s battery efforts in Minnesota have been limited, though it may unveil bigger plans next year.

Batteries can smooth out the variability of renewable energy. The sun shines only during the day, and clouds can obscure it when it does. Prime time for wind gusts is often at night, when power demand is low. With a battery, renewable energy can be captured and pushed onto the grid when it’s most needed.

“The holy grail for renewable energy is to have storage you can dispatch at any time,” said Ellen Anderson, executive director of the University of Minnesota’s Energy Transmission Lab.

Ramsey-based Connexus — which serves 130,000 customers in portions of seven counties, particularly Anoka and Sherburne — began looking at energy storage in 2016. At first, batteries didn’t pencil out.

But Connexus devised a plan that would work, saving the co-op around $4 million in annual power-supply costs.

“This is a cost-efficient project for them,” Anderson said. “They will save customers money because they will reduce peak demand.”

Power is at its most expensive when demand is at its peak — late afternoon to early evening for Connexus, said Brian Burandt, the co-op’s vice president for power supply. Yet solar-energy production is strongest at midday.

The Connexus project consists of two solar gardens, one each in Ramsey and Isanti County’s Athens Township. Together, they have 10 megawatts of production capacity. Each solar garden will have its own battery system with a combined 15 megawatts of storage. When stored energy is released into Connexus’ system, it effectively replaces high-cost, peak power for about 7,000 homes.

“It’s the first modern and significant deployment of energy storage in the state,” said Matt Prorok, senior policy manager at the Great Plains Institute, a nonprofit energy research group in Minneapolis. And by battery standards, it’s a fair-sized project.

Battery use in installation grows

California has been the locus of large-scale battery projects in the U.S., driven by the state’s energy policy. Illinois, Indiana and Ohio have several battery installations, though they are for the most part aimed at frequency regulation on the power grid, meaning they help smooth out the flow of energy instead of capturing renewable energy.

Despite those buildouts, batteries are in a nascent stage.

“Things are pretty small now compared to wind and solar,” said Brent Bergland, general manager of energy storage at Golden Valley-based Mortenson, which builds wind and solar farms. The company in 2015 created an energy-storage unit, which has since landed seven battery projects.

The battery market “should ramp up pretty quickly over the next few years,” Bergland said.

GTM Research, which tracks clean power, expects the energy-storage market to climb from 215 megawatts deployed in 2017 to 557 megawatts by the end of 2018 and approach 1 gigawatt in 2019.

The next few years should represent an inflection point, with the storage market expanding 17-fold by 2023, according to GTM. A good deal of that capacity will go beyond grid projects done by power companies, extending into batteries in individual residences.

“The decline in battery prices is the biggest factor” pushing the trend, said Mitalee Gupta, GTM’s energy-storage analyst. At the same time, the energy density of batteries — their storage capacity — is improving.

The improving cost outlook is evident in Xcel Energy’s “Colorado Energy Plan,” the company’s proposal to close two coal-fired generators in that state and build a raft of renewable-energy projects and a gas-fired plant.

The plan is expected to have a large battery component: 275 megawatts spread across several renewable energy-plus projects. Last winter, Xcel received bids from energy-storage developers that were the lowest yet nationally for such projects.

“We are at a point where we have a really great opportunity to maximize batteries on our system,” said Chris Clark, president of Xcel’s Upper Midwest operations. “We are seeing good pricing in pairing batteries and solar.”

In Minnesota, Xcel has run one battery-research project, and had another rejected by the Minnesota Public Utilities Commission (PUC). The company installed a 1-megawatt battery in 2008 next to a wind farm in Luverne, which continues to operate.

In 2016, Xcel proposed another battery project, this one in conjunction with a solar-panel array in Belle Plaine. The PUC rejected the $12 million plan after both the Department of Commerce and the attorney general’s office opposed it, saying Xcel didn’t prove its benefits were worth the cost.

Clark said Xcel will have more to say about energy-storage plans for Minnesota in its next long-term resource plan, which is expected to be filed with the PUC next winter.

Solar panels are being installed now at Connexus’ two sites, while lithium-ion batteries should arrive by October. The system is expected to go online by year’s end.

“We know solar works and we know batteries work,” said Connexus CEO Ridderbusch. “The challenge is to integrate the two and make them work with the grid.

The Connexus solar garden is being developed by Engie, a French energy firm, while Florida-based NextEra Energy is taking care of the storage system. Connexus has a 25-year power-purchase agreement with Engie, a common arrangement in the renewable-energy industry. It also has a 25-year storage agreement with NextEra, which is unique, Burandt said.

Since energy produced by the solar panels will be captured by the battery, the Connexus project will receive a 30 percent federal tax credit for solar.

Connexus, like most retail electric co-ops, buys its power from a wholesale co-op, in this case Maple Grove-based Great River Energy. But Great River’s contracts allow its customers to generate up to 5 percent of their own power, making room for Connexus’ renewable-storage project.

The project will be watched closely by the power industry in Minnesota and beyond, as batteries are viewed as increasingly important to the electric grid of the future.

They could help reduce the use of fossil-fuel generation, particularly so-called “peaker” plants, which operate only at times of maximum demand. Power stored in batteries can be dispatched onto the grid quickly. And batteries can facilitate more solar and wind power.

“We expect that battery storage will allow higher volumes of renewable energy to be integrated on the grid,” Ridderbusch said.