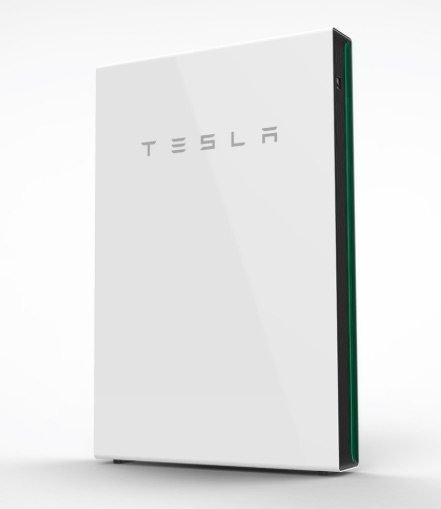 After a Q2 results announcement that bounced shares up by 16 per cent, Tesla has revealed that it has had to “artificially limit” the production of its residential Powerwall battery units, to prioritise the production of cells for its Model 3 electric vehicle production.

As we report here, Tesla shares made their biggest one-day jump in nearly five years this week, after second quarter results call that featured promises of a sustained production rate of 7,000 cars a week and a “sustainably profitable” business from Q3 onwards.

But what’s been good for the EV division – and for revenue, which was rose to $US4 billion from $US2.77 billion a year ago – appears to have tapped the brakes on Tesla’s energy department, and more specifically, in its production of its 13.2kWh Powerwall 2 batteries.

“We’re kind of cell starved for Powerwall right now, so we actually had to artificially limit the number of Powerwalls because we don’t have enough cells,” Musk said on Wednesday during an earnings call.

“So we’re solving … that very rapidly and we expect to ramp up Powerwall and Powerpack production substantially later this year and early next and as well as ramping up retrofit solar and then the Solar Roof.

But having said that, Musk and his top executives were keen to note that this was a temporary situation – and to put it in perspective against the company’s general “insane” growth rate for battery production.

“…It’s a partial-sum game. We did shut down a Powerwall cell line in favor of Model 3 to be totally honest but we kind of had to do that. But we’re adding new cell lines and we’ll be able to address that issue very soon,” Musk said.

“Yeah, as Elon suggested earlier, we are – essentially makes sense for us to prioritise Model 3, but we are adding a ton of capacity, cell capacity and … that will enable us to dramatically ramp our energy storage business as well in the coming quarters,” added Tesla CFO Deepak Ahuja.

“Yeah, you kind of mentioned only 1 gigawatt hour. But that’s a big number in that business. And that’s maybe on the order of 300 per cent what we did the prior year and we’re still aiming at maybe another 3x to 4x growth for 2019,” added JB Straubel, Telsa’s chief technology officer.

Musk: “These are mad – at scale, these are insane growth levels.”

Deepak Ahuja: “I think to put it in perspective, we are soon tripling our storage. …And it’s one thing to produce, but it’s also another thing to install. …You need infrastructure and the people to do that. So, it’s massive scaling as very few companies grow at that rate.”

Elsewhere in the Tesla Energy division, Musk noted that the company now had several hundred homes with the Solar Roof installed on them, and that “that’s going well.”

Musk said the company was still in the process of confirming that the Solar Roof would actually last for 30 years, and was also working with first responders to make sure it was safe in the event of a fire “and that kind of thing.”

“So it’s quite a long validation program for a roof which has got to last for 30, 40, 50 years, but we also expect to ramp that up next year at our Gigafactory 2 in Buffalo,” Musk said.

“That’s going to be super exciting. If there’s a company with a better product roadmap, I’d like to know where it is, because we’ve got some super awesome stuff coming. Yeah.”