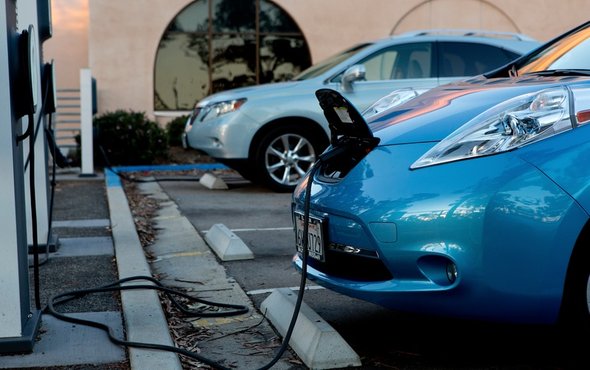 EPA is expected to take steps today toward killing California’s landmark program designed to get more clean cars on the road. The action might slow, but not stop, the global push toward electric vehicles, car experts said.

California’s zero-emissions vehicle mandate forces carmakers that sell in the state to offer a rising number of clean cars. Launched in 1990, it’s helped create an international market for electric vehicles and plug-in hybrids.

Battery prices have fallen, and European countries and China are demanding more ZEVs. General Motors Co. and Volvo Cars are among the automakers that say they plan to embrace electrification.

“The EV market is irreversible,” said Gil Tal, research director at the Plug-in Hybrid & Electric Vehicle Research Center with the University of California, Davis. “It’s not going to disappear. The growth can slow or be faster, but it will keep going.”

EPA appears ready to change the rules for the United States, a move that promises to trigger a battle with the nation’s most populous state. The agency along with the National Highway Traffic Safety Administration (NHTSA) is expected to seek comments on a proposed rollback of Obama-era vehicle mileage and emissions standards.

California’s ZEV program is intended to push car companies into making electric and other clean cars. It mandates more ZEVs to be built in the years ahead. If it works as intended, it would shrink greenhouse gases the equivalent of taking 2.8 million cars off the road by 2030, and 8.4 million by 2050.

Home to nearly 40 million people, California has promised legal action if EPA blocks its authority to run its state programs. The Golden State already sued EPA in May over its initial move to undo Obama-era tailpipe standards. Sixteen other states and the District of Columbia joined that suit, which didn’t speak to California’s authority under the Clean Air Act.

“It’s just going to be a battle royal in the courts,” said Ethan Elkind, climate research fellow at the University of California, Berkeley, School of Law.

A draft of the proposed EPA rule published in The New York Times argues that the California ZEV program hurts consumers nationwide.

The regulatory mandate “has required automakers to spend tens of billions of dollars to develop products that consumers have not adopted, and consequently to sell such products at a loss,” the draft said. “All of this is paid for through cross subsidization by increasing prices of other vehicles not just in California and other States that have adopted California’s ZEV mandate, but throughout the country.

“A consumer buying a pickup truck in Texas or Kentucky should not be on the hook to pay for the heavily subsidized lease of an electric vehicle by a wealthy Californian,” it added.

The Alliance of Automobile Manufacturers and the Association of Global Automakers, trade groups for car companies, have said they wanted one rule for the federal government and all states. They’ve also said meeting current standards will be hard because consumers prefer trucks and SUVs over ZEVs and other efficient cars. They reached out to the Trump administration for help.

Wade Newton, spokesman for the Alliance of Automobile Manufacturers, which represents companies like BMW Group, Ford Motor Co., GM and Toyota Motor Corp., noted that EPA’s proposal is “the start of discussions.”

In terms of ZEVs, Newton said that automakers are offering consumers “more than 50 models of electric vehicles, so it’s clear we’ve invested heavily in these technologies. We have a big stake in selling them in large numbers, and the last thing we want to see is a zero-emission vehicle sitting unsold on a dealer’s lot.”

Automakers earlier this year joined with several states to increase their sale of EVs, he said. However, last year, “ZEVs represented just 1.16 percent of total sales in the states that have adopted California’s ZEV regulations, or about 31,000 vehicles out of 2.7 million new vehicles sold.”

By 2025, under the California mandate, sales of ZEVs are required to be 8 to 10 percent of total sales.

It’s unclear if what EPA wants to do is legal, several law experts said.

The ZEV program was included in the state’s waiver request in 2012, which also covered standards for criteria pollutants and greenhouse gases. However, EPA granted California a waiver for the state’s initial 1990 ZEV requirements in January 1993, said Dave Clegern, spokesman with the California Air Resources Board.

An EPA lawyer in 2012 said that “it’s not necessary to do a waiver for the ZEV program because the changes were within the scope of an earlier ZEV waiver,” said Dan Sperling, an automotive expert on the Air Resources Board and director of UC Davis’ Institute of Transportation Studies. “What that all means, that’s a question for the judges and lawyers.”

If EPA goes after the ZEV mandate, it could hurt the federal legal case as the Trump administration seeks to revoke California’s authority, said Ann Carlson, co-director of UCLA’s Emmett Institute on Climate Change and the Environment. EPA is expected to argue that the state shouldn’t police greenhouse gases because they’re found globally.

“If their justification is you can only regulate local pollutants, I don’t get how that justifies revoking the ZEV program,” Carlson said of the administration. To revoke ZEV is “a very aggressive posture, and that substantially weakens their legal case.”

Experts disagreed on how much EPA’s focus on weakening the ZEV program would slow clean car sales. Currently in California, ZEVs, plug-in hybrids with gas tanks and a few hydrogen-powered cars constitute about 6 percent of the state’s more than 25 million cars on the road.

The mandate as it exists now will result in 1.2 million to 1.5 million ZEVs and electric hybrid cars by 2025, Tal said. Without the mandate, the lower range would probably be met, he said.

Tal argued that demand will continue in California for popular cars like the Chevrolet Volt. Even without the ZEV mandate, the state has several incentives to promote purchases of EVs. It gives cash rebates to ZEV buyers that range from $1,500 to $5,000, using proceeds from the state’s cap-and-trade program for carbon emissions. Utilities give other rebates to EV owners funded by a program to create low-carbon transportation fuels.

The state also created incentives for utilities to help expand the number of EV charging stations.

However, sales might slow in other states that lack those incentives, Tal said. And it will be harder for California to hit its longer-term ZEV goals, such as Gov. Jerry Brown’s (D) call for 5 million ZEVs by 2030.

Automakers will sell their clean cars where they’ll make the most money. That might be California, but it might also become the Netherlands or China, Tal said.

If EPA issues a proposed rule that seeks to revoke California’s waiver, it will take nine months to a year to issue a formal regulation, said Simon Mui, senior scientist on clean vehicles at the Natural Resources Defense Council. It could be litigated in the courts for years.

During that period of legal uncertainty, automakers “will have to decide whether they’re going to continue meeting state standards or possibly come under violation of those standards” in multiple states, Mui said. Or they can “roll the dice that they’ll just have to meet federal standards.”

“The auto industry, if you’re trying to be conservative, you’re going to keep meeting the ZEV standard and those state standards until you have clear decision by the courts,” Mui said.

There’s also an awareness that a future president could reverse the policy, Tal said. Automakers don’t want to have to restart their work on cleaner cars.

Elkind, of UC Berkeley, said that although it’s true the global market is seeing more EVs, it’s not clear that carmakers will keep complying with the more stringent California rule if the ZEV program is quashed.

“My understanding is that they’re not headed that way,” Elkind said. “They wouldn’t have asked for relief from the Trump administration if they felt like business as usual would help them comply with California standards.”

Carmakers could assume that California’s going to win the court battle and keep building more fuel-efficient cars. “But that’s a big risk,” he said, as “the cars are more expensive cars to build.”

Removing the ZEV program could affect the state’s quest to limit climate change.

“That ZEV mandate has been one of California’s most critical climate policies,” Elkind said. “It’s created this whole market of electric vehicles.”