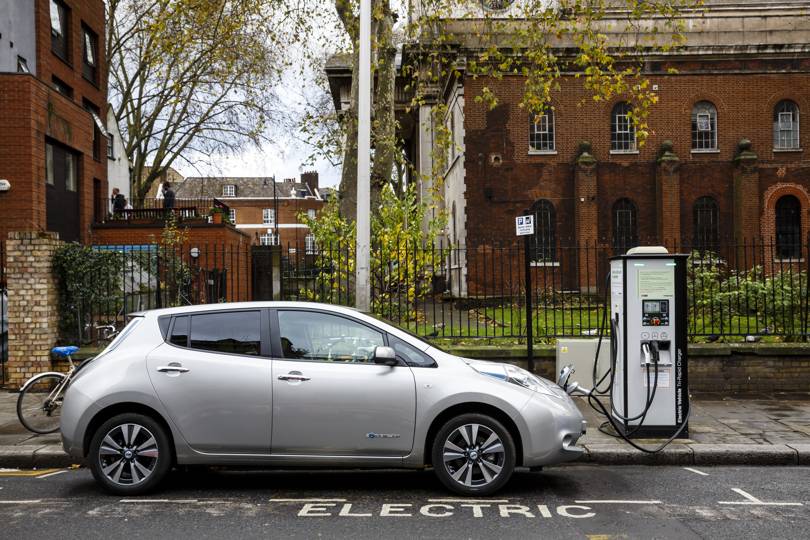 In the electric vehicle community, everyone has the same awkwardly distant relative. Whether they’re an uncle, aunt or grandparent, the certainty is that they live at the very northern tip of Scotland, and the person you are trying to convince to go electric may well need to make an urgent 500 mile trip by car to visit them.

For drivers uninitiated in the ways of EV transportation, the idea of making this journey in a petrol or diesel car isn’t much of a problem, but making it with a full electric car is a terrifying prospect. What if you can’t get there on a single charge? Where do you charge? How do you charge? This isolated Caledonian kin is a metaphor for the issues that still affect the uptake of more electric vehicles – you can blame the infrastructure, but this also has a lot to do with cautious human behaviour too.

The electrification of cars on the roads of the UK is slowly increasing. There are currently 155,000 EVs in the country, with around 4,500 more being registered every month. By comparison, there are around 30 million fuel-powered cars. But, as of July 2018, there are only around 17,400 public charging points in the UK. There are still mental and physical barriers to people taking the plunge into electrification, and, considering the UK government’s goal of halving non-electric vehicle sales by 2030 and ending them by 2040, we need to stop just throwing money and concepts at the problem and start building the infrastructure we need.

But before building (or majorly extending) infrastructure you need secure the demand to use it. When it comes to buying a shiny new electric vehicle, price is a significant issue. EV technology is still disproportionately expensive and it’s estimated that electric cars will need to drive the cost per capacity down to $100 per kilowatt of battery capacity before they are equal to the price of a fuel car, which is only estimated to happen by around 2025. Currently the price is roughly $200 per kilowatt.

In the UK, the government has been operating a plug-in car grant since 2011, back when there were fewer than 1,000 registered electric cars on the roads. The current version has been in place since 2016 and will continue automatically subsidising hybrid or full electric cars that cost less than £60,000 by 35 per cent, up to a maximum of £2,500 for a hybrid, or £4,500 for full electric. The scheme was topped up with £100m in the November 2017 budget, and it’s due to run until at least 2020. And with more electric vehicles on our roads, we’re going to need a lot more infrastructure to support them.

The next step on the infrastructure chain is the charging point. The 2017 budget included another £400m of funding for them and the businesses who make and install them, and the Department for Transport (DoT) announced recently that it was accepting proposals for who would get to manage the money. This is a step forward, but getting money together is easy, turning it into charging points is trickier.

It’s an issue that’s been causing something of a spat between the UK’s local and national governments. Local authorities can ask for money to help install charging points in their districts, but often they have a very poor idea of what they’re doing, or will just not take up the grant money at all. This was noted in January this year, when the DoT wrote to local councils to try and persuade them to take advantage of the department’s scheme to subsidise residential charging points.

“A lot of the time, the councils haven’t engaged with the market, and then you find [the charging points] are not as effectively located,” says Justin Meyer, general manager of commercial charging point installer eVolt. He adds that often the decision to build is based on where there’s space, as opposed to where would be most useful for drivers.

The question of location is generally one of the hardest ones to answer when it comes to charging points. According to the 2017 English Housing Survey, 36 per cent of homes in the UK don’t have off street parking, which makes getting charging points and cables to the cars tricky. This problem extends to businesses too – and since these, along with parking areas in major public areas, are meant to be the key locations for drivers to charge their cars, this additional difficulty is another hurdle for EV adoption.

It’s important to remember that EV infrastructure is not dealt with in a vacuum.“A lot of [local authorities] are restrained in terms of cutting costs,” says Mayer. “Actually having somebody or a team in place, ready to effectively spend that allocated money, that’s where I see the issues coming from.” Training people in managing the systems and employing them for their expertise is just as crucial a part of the network as the hardware itself, and a lack of money in other departments can bring good ideas to a halt, or result in poorly implemented ones.

Then there’s the matter of the national charging network, the EV equivalent to the hundreds of petrol stations around the UK. While you can go driving in a petrol-fuelled car without giving much thought as to where and when they will next refuel; for EVs, range anxiety is a widely shared concern of uninitiated drivers, often symbolised by mythical Scottish relatives.

Even if you do come across a charging point that’s sprung up at a service station or in the odd town and city on your travels, there is still a chance you won’t be able to use it. The charging market is still very much in the hands of the companies who install them. There are around 30 major players, and many of them operate in small areas, meaning that there is little to no interoperability nationwide. If you have to deviate from your usual charging company, you will be left stranded unless you thought to plan ahead. It’s similar to how mobile phone chargers were before the 2009 agreement to rally around the European Commission’s USB standards – wasteful and anti-consumer.

For Randall Bowen, director of commercial and sales for renewable energy supplier Good Energy, there is an obvious choice for a united payment method. “If I’m driving an EV, I don’t even want a card, I want to plug in and use my contactless to pay for it, because I’ve always got that card with me. We need to make things easier for people to make the decision to go for an electric vehicle.”

“It’s just not practical long term,” says Meyer. “If we really want this to be mass market, we need to be stripping that and having effectively one card that uses all networks.” Happily, there are companies trying to get the charger operators to work together, such as Hubject, which lets users access several different networks with one account.

There has been good news on this front recently. The government’s Automated and Electric Vehicles Act puts laws in place to make it easier to install charging points at motorway services, and also locally by letting elected mayors apply to the government to require large fuel retailers to add points to local petrol stations. The act will also standardise points across the country, making interoperability a more likely possibility. It’s not going to solve the lack of knowledge in local authorities, but the ability to get charging points where they need to be will hopefully be an encouraging factor for drivers looking to convert to an EV.

The next problem? Once you introduce more charging points, and then standardise all of them, the grid that powers them isn’t ready. The UK’s National Grid currently has enough energy in its system to support a nation full of EVs, no matter what time of year. What’s lacking is the ability to charge them all simultaneously, which would be a problem if drivers charged their vehicles at the same time in the evening.

One way around unmanageable peak consumption is smart charging, which can vary the rate at which the cars charge, depending on overall demand. But there are still a lot of details to work out, such as what the regulatory mechanism or software would look like, and if this would be better handled at a national or local level.

Ofgem, Britain’s energy regulator, has recently issued its own guidance on this subject, calling for incentives to encourage people to charge their EVs outside of peak hours, which would increase the number of cars currently supportable by the country’s electricity network by 60 per cent. This is very similar to the National Grid’s own opinion, which is that flexible charging would halve the estimated additional generation needed to manage the demand.

Malcolm McCulloch, head of Oxford University’s Energy and Power group, says that if car charging could be done intelligently, then only 20 additional megawatts of power would be needed- that’s the equivalent output a reasonably sized offshore wind farm. If not, then the capacity of the National Grid would need another 20 gigawatts, which is double the amount of energy currently generated by all the UK’s nuclear power stations. In short, with good strategy, it’s an issue of power, not energy.

McCulloch also suggests that this should be done automatically by the charging system, and could be handled on a local level in order to better manage demand. While good news for UK power generators who wouldn’t have to make large investments in generation, it would mean that EV drivers could sometimes be caught out by the idiosyncrasies of automated charging.

Another technology being researched by automakers, and already used in limited markets by Nissan and Mitsubishi, is vehicle to grid (V2G). Using the same kind of tech that would allow for automated charging, this function lets car owners sell the energy in their batteries to the network when it isn’t in use. This would help balance out the demand on power generation and put it to more efficient use. But there are potentially major pitfalls: a long power cut overnight could mean everyone in an area waking up only to find their cars won’t move, or more prosaically the charge and discharge cycles created would likely cause wear and tear on a battery.

Regulators and manufacturers could force these kinds of ideas on consumers for the good of EVs and their infrastructure. But such a move could backfire. “There’s a question of whether the consumer would think it’s a great idea, and as long as it gives someone a comparable experience to a normal petrol car, that’s the big thing for us,” says Bowen. “You’ve got to get the consumers comfortable with the challenges around charging but it all comes down to the consumer being comfortable in driving a vehicle that they feel would do the same job as a petrol car.”

Continuing the electrification of the UK’s vehicles needs more than just incentives and good ideas. Solutions to date are muddled and changing driver behaviour and bad habits will take time. Some ideas, like variable charging and V2G will seem even more alien. But the infrastructure needs to grow quickly to support the increasing number of EVs over the coming decades. Failure to do so now risks creating an almighty headache for the next generation of drivers.