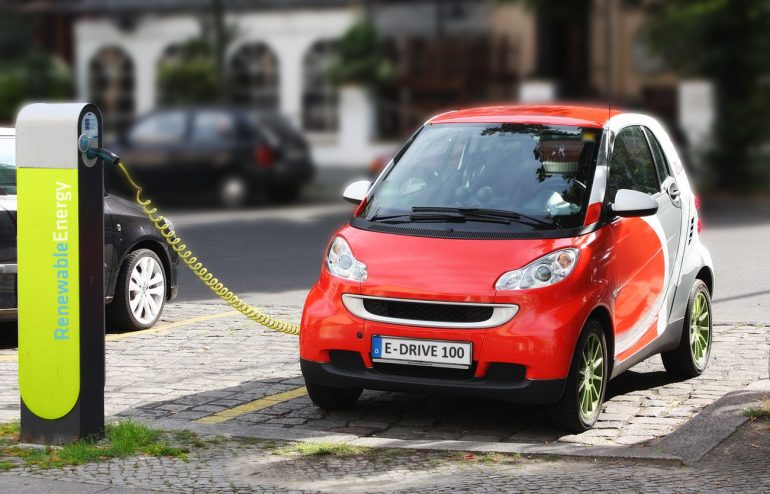 Conventional lithium-ion batteries cannot satisfy the demand of high energy density from the fast-developing markets of consumable electronics and electric vehicles. To become competitive against the traditional combustion engines, new battery systems with high energy density output are being developed, among which the lithium-oxygen (Li-O2) battery holds a great promise.

Based on the reactions between metallic lithium and oxygen molecules (2Li + O2 = Li2O2), such systems can offer a theoretical energy density of about 3,500 Wh/kg, which is as high as 10 times of that of conventional lithium-ion batteries. Electric cars driven by this battery system will not need to be stopped for recharge for hundreds of miles. Save your time and money during a trip, right? Sounds great!

However, the Li-O2 battery is still in the preliminary research stage, and its future commercialization is currently hindered by many inherent material and chemistry problems. For example, the poor electron conductivity of the reaction product, Li2O2, significantly drags the battery reactions away from the high rate performance; the reactions on the solid-liquid-gas interfaces exhibit slow kinetics that causes obvious charge overpotentials with low energy efficiency.

Researchers believe that all these problems are associated with the oxygen reduction reaction (ORR) and oxygen evolution reaction (OER) that happen during the discharge and charge of the battery, respectively. Current understanding of these reaction details is limited due to the highly dynamic nature of the battery system as well as the lack of effective characterization method to study the reactions which are deeply buried in the liquid electrolyte sealed in a closed battery system.

A recent work led by researchers from the University of Illinois at Chicago has shed light on the fundamental understanding of these battery mysteries by a novel experimental design, which enables them to visualize the reaction details down to nanometer resolution. The technique they utilized is the transmission electron microscopy which basically use a demagnified beam of electrons to transmit through the sample placed in a vacuum to extract useful information in terms of material morphology, structures, and compositions. But this time, they do it through the liquid environment in a working battery. The specially designed and sealed reaction chamber allows the researchers to flow liquid electrolyte into the chamber with the two embedded electrodes subject to battery cycling parameters.

“We have to make a compromise between high resolution of the electron microscopy and the actual liquid environment of the battery,” said Prof. Reza Shahbazian-Yassar, the principal investigator of the project. “We spent much time figuring out what is the best combination of microscopy parameters and the liquid conditions, such as thickness, concentration and the reaction’s sensitivity to incident electrons. We could finally come to a setup which allows us to replay the battery reactions in the electron microscopy chamber while still maintain a high imaging resolution enabling us to capture the nanoscale details of the reaction.”

“This capability satisfies the basic research needs in the pursuit of the reaction fundamentals of Li-O2 battery,” said Dr. Yifei Yuan, one of the leading authors.

“The reactions taking place in the Li-O2 battery turn out to be not as simple as the equation (2Li + O2 = Li2O2) describes,” said Kun He, the first author of this work. “We found that it is not a one-step reaction, but rather a reaction that features multi-step kinetics.”

The group’s work has demonstrated the convincing proofs that the LiO2 functions as the intermediate products during charge and discharge, and that the evolution of O2– radicals and the subsequent diffusion through the liquid electrolyte should be responsible for the actual poor reaction kinetics. These findings, published in Nano Energy, 49 (2018) 338–345, could explain the origins of the large charge overpotentials of the battery, and they are expected to guide the future material design and structural engineering of the associated battery materials for better performance. According to the researchers, the methodology used in this work can also be applied in the study of other battery systems such as lithium-sulfur batteries, where there are lots of mysteries not understood yet.