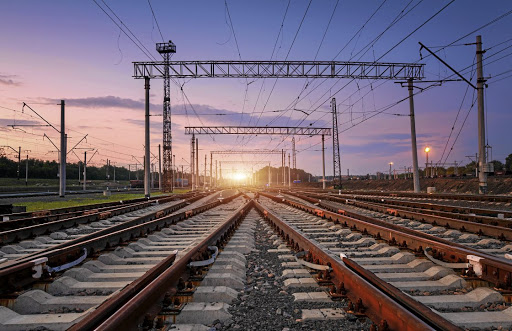 Transnet Freight Rail is using innovative ways to step up its share of manganese moving out of the Northern Cape to offshore markets and is targeting the full 14-million tonnes transported to the coast.

Transnet has upped its manganese capacity to 12.8-million tonnes a year from 5-million tonnes a year in 2012 and is using almost all of SA’s ports served by its rail network, but a key focus is on Port Elizabeth and Saldanha, both at the end of heavy-haul lines, said Gert de Beer, the parastatal’s chief business development officer.

The expansion in capacity has come with smarter use of Transnet’s installed infrastructure, he said.

Transnet is targeting the remaining 1.2-million tonnes moving to the harbours on road by deepening its use of container loading facilities at Newcastle in KwaZulu-Natal, where bulk manganese ore is received, put into top-opening containers and railed to Durban or Richards Bay to be emptied into bulk ships.

This now proven model of moving ore around SA’s rail networks will be utilised for other freight, De Beer said.

There are nine manganese companies Transnet wants to serve and it has signed long-term agreements with four, including Assmang — the company jointly owned by African Rainbow Minerals and Assore — South32, Tshipi, owned by Australia’s Jupiter Mines, and PMG Mining. Two more contracts are close to finalisation.

The long-term contracts give Transnet guaranteed income to fund its expansion and modernisation programmes through loans from external lenders, De Beer said.

“We must secure volume to underpin our investment,” said Andre Joubert, CEO of ARM Ferrous and an executive director of Assmang.

“It gives assurance that the investment Assmang has made to modernise its Black Rock Mine will continue to provide good returns…. It also gives the assurance that Assmang will deliver on the agreed off-take tonnage, which will enhance Transnet’s planning processes.”