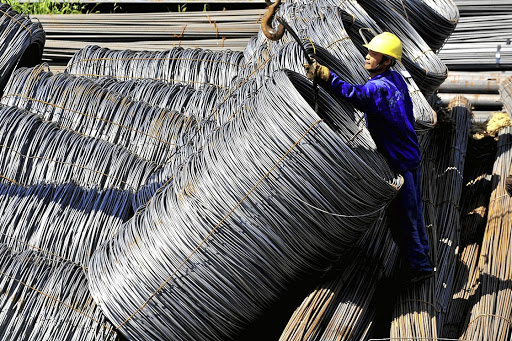 Global crude steel output, a gauge of economic health, rose 4.6% in the first half of 2018 versus the same period the previous year, as strong margins prompted mills in major producing countries to ramp up, recent industry data showed.

Crude steel production for the 64 countries that form part of the World Steel Association was 881.5-million tonnes in the first half. In June, it rose 5.8% versus June 2017 to 151.4-million tonnes, the association said.

Production in China, which makes and consumes half of the world’s steel, increased 6% to 451.2-million tonnes in the first half, and gained 7.5% in June versus June 2017, to reach 80.2-million tonnes.

“We expect global production to continue to rise in the next few months as Chinese mills take advantage of higher margins and boost output ahead of winter [production] restrictions,” Capital Economics said in a note. “At the same time, the tariff on US steel imports, coupled with high prices, will continue to incentivise US output. [This] underpins our bearish view on prices this year.” The research firm sees US hot rolled coil at $800 per tonne at the end of 2018, from $915 on Friday.

US President Donald Trump slapped tariffs of 25% on incoming steel in March 2018, and extended them to cover major suppliers Europe, Canada and Mexico on June 1 after their exemptions ran out.

The steel industry, the world’s second largest after oil and gas, is worth about $900bn a year. Steel production in the US jumped 2.9% in the first half to 41.9-million tonnes and gained 0.8% in June to reach 6.9-million tonnes, the association showed, indicating strong demand for the metal as the economy powers ahead.

The American Iron and Steel Institute data shows that capacity utilisation at US mills in the year to July was 76.4%, up from 74.4% in 2017, indicating tariffs are proving effective in boosting domestic production.

Output in India, which in 2018 overtook Japan to become the world’s second largest steel producer, rose 5.1% in the first half, while Japan’s production was 1.3% higher.

Global steel equity values have more than doubled since hitting 12-year lows in early 2016 at the peak of the steel sector crisis. The World Steel Association represents more than 160 steelmakers and 85% of global output.