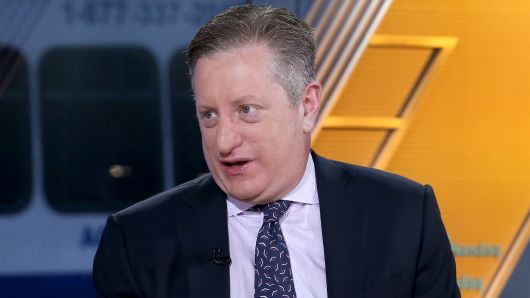 Steve Eisman, the investor whose prescient financial crisis forecast was featured in “The Big Short,” is shorting electric automaker Tesla.

The portfolio manager called the company’s founder Elon Musk a “very smart man” but raised concern about the CEO’s ability to follow through on lofty ambitions.

“He’s got execution problems,” Eisman, portfolio manager at Neuberger Berman, said in a Bloomberg Television interview Friday. “He’s nowhere in autonomous driving, as far as I can tell, and big competition is coming in his space next year.”

Eisman is one of the few investors to successfully bet against subprime mortgage securities during the financial crisis, and was a main character in Michael Lewis’ best-selling book “The Big Short.” Eisman was depicted by actor Steve Carell in the movie, based on Lewis’s book.

Tesla’s cash position has been an issue in the eyes of investors.

The stock fell earlier this week after The Wall Street Journal cited a Tesla memo that asked a supplier last week to refund a portion of previous payments made by the company in a bid to make a profit. Following that report, insurance on Tesla’s debt, which is sold as a credit default swap contract, rose to its second-highest price ever, implying that the company has a bigger risk of default.

Tesla has repeatedly said it doesn’t need the cash, and Elon Musk responded to the report in a tweet, saying, “Only costs that actually apply to Q3 & beyond will be counted. It would not be correct to apply historical cost savings to current quarter.”

Shares of the car-maker closed 3 percent lower Friday. The stock is down 11 percent year over year, and has fallen roughly 4.5 percent in 2018.

The company is slated to report its June quarter earnings results on Aug. 1. Tesla lostnearly $2 billion last year and burned through about $3.4 billion in cash after capital investments. It had $2.7 billion in cash at the end of the March quarter.

Eisman is also short real estate listing site Zillow, which he said is entering a “terrible business” of flipping homes. Shares of the company closed more than 7 percent lower after the interview. The portfolio manager is also betting against BBVA and UniCredit, he said.