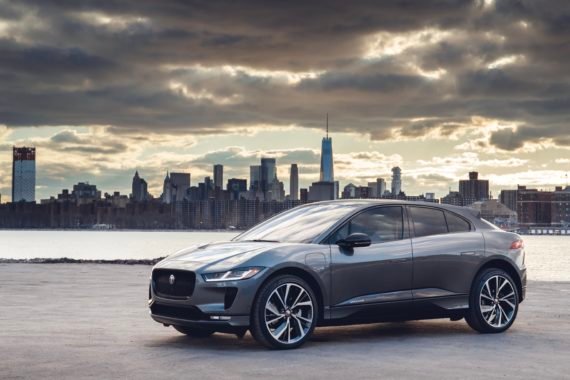 Jaguar sold 138,695 cars last year. Tesla sold approximately 100,000, but it was also at the beginning of a steep production ramp. In the second quarter of 2018, Tesla delivered 40,740 cars and had over 10,000 in transit. That would put the company at a production rate of around 200,000 cars a year, already far more than Jaguar. However, Tesla was still steeply ramping production of the Model 3, with one foot still in production hell, as CEO Elon Musk put it.

For Q3, Tesla’s average production or sales rate might end up 6,000–7,000/week. If you drop two weeks for holidays and multiply that by 50, you end up with an annualized production rate of 300,000–350,000. As you can see, that more than doubles the annual sales of Jaguar vehicles unless Jaguar significantly ramps up production. (We’ve noted before that 300,000–350,000 annual sales would also put Tesla ahead of Porsche unless Porsche pulled some dramatic growth out of its sleeve fender.)

The funny thing is that there are frequent claims that “when the big boys come into town, Tesla is going to be crying.” Part of that narrative these days is often something like, “the Jaguar I-PACE is going to crater Tesla sales and finally put Tesla in its place.” The entire Jaguar car lineup doesn’t come close to Tesla production at this point, and sales of the Tesla Model X (the I-PACE’s closest “competitor”) are going as well as ever.

Furthermore, Jaguar has the same problem (on a smaller scale) that Tesla has. There’s much more demand for its new electric offering than the company can supply. If you put in a reservation for an I-PACE today, you likely won’t get it until several months into 2019. Production was never expected to be at a very high level, and it is unclear if Jaguar has any actual plan for ramping up production enough to match such demand. Does it have an option for the batteries? Tesla saw years ago that if it wanted enough batteries for consumer demand, it needed to invest in a massive battery factory. Meanwhile, dozens of automakers are largely relying on a handful of battery producers for their electric cars. That makes it hard to catch supply up to demand if demand is much stronger than expected, as appears to be the case with Jaguar.

Furthermore, if Jaguar decides to leap in and ramp up production rapidly to match demand, it has the same “problem” Tesla has — it needs a lot of cash to invest into the factories, machinery, and supplies necessary for dramatic production and sales growth. It seems like the logical thing to do, but Tesla’s case demonstrates how much certain stock market players and the media could try to pummel Jaguar for doing something so awful as going in the red to skyrocket production investments and growth.

If Jaguar isn’t prepared to compete with Tesla, and if Tesla may even pass up Porsche in terms of annual production and sales, who are the big boys that are about to come and eat Tesla’s lunch? Presumably, we’re now talking about BMW, Volkswagen, Daimler, and the like? If one or more of those companies come out with “their own Tesla Model 3,” will they have production capacity to meet even half of consumer demand? Will they have the batteries they need? Will sales of their gas and diesel cars tank, causing the companies more financial harm than they are prepared to withstand?

Are these companies going to go out on a limb and expect that there will be so much demand for their electric cars? If they don’t do that and make the necessary risks to get production capacity up, they will be in the same position Jaguar is in — a long list of interested buyers but not enough money invested early on to create the electric car production capacity to quickly serve those buyers quickly. Tesla gets some slack since it’s a new, young company that has had to rapidly learn to mass produce cars. Will consumers have such patience for large automakers who can’t supply their orders for a year or so?

Ironically, the Tesla short news of the week was that Steve Eisman of The Big Short fame was betting against Tesla in large part because he thought Tesla couldn’t ramp production well enough and the large automakers were about to swoop in and steal their business. What a joke.