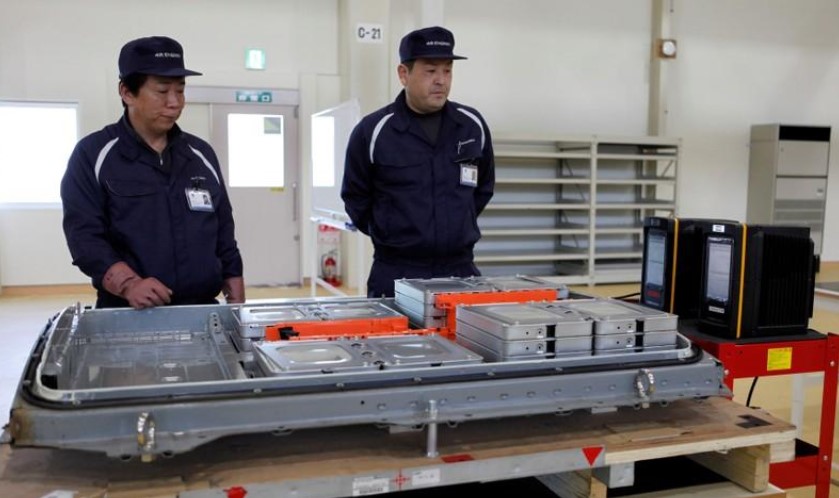 Japan’s automakers aim to set up a joint procurement body by end-March to secure stable supplies of cobalt, a key component of lithium-ion batteries used in electric cars, the country’s industry ministry said on Tuesday.

The move comes as global carmakers race to lock in battery supplies and move away from traditional combustion engines, and as China locks down supply chains to secure its own fast-growing battery sector.

Japan’s Ministry of Economy, Trade and Industry unveiled the plan at a committee set up by the ministry to map out the country’s plans for the auto industry, which includes Toyota Motor Corp, Nissan Motor Co Ltd and Honda Motor Co Ltd. The ministry and automakers will discuss details of the new organization which is designed to help battery users secure long-term supplies of cobalt and buy clean materials with no issue of conflict minerals or child labor, it said.

Around half of global cobalt reserves is held by Democratic Republic of Congo (DRC), presenting a volatile cocktail of political, operational and ethical risk.

“The new entity is aimed to disperse risks among battery users for securing cobalt supply which is dominated by DRC and at a time when growth rate of cobalt’s demand is still uncertain,” a government source said.

The joint body will try to secure supplies through signing long-term contracts with existing global suppliers or investing in new development projects with financial support coming from the government, he said.

Japanese trading houses and mining companies, in general, are hesitant to make major investments in cobalt projects due also to risks that the mineral may not be needed if battery technology develops to provide alternatives.

But some of the companies have said they may consider investing if buyers make long-term purchase commitments.

Still, it is not clear how many Japanese companies will join the scheme.

“We are aware of the move, but we have not decided to join the organization,” a source at a Japanese automaker said.