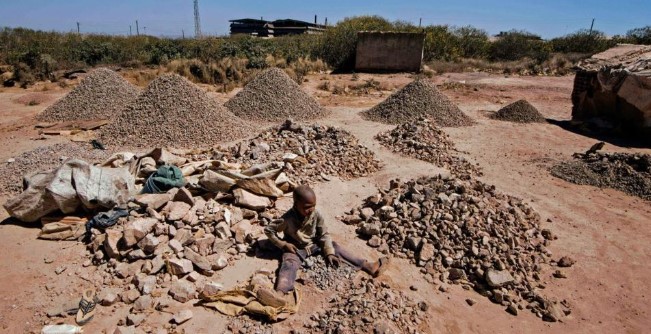 Manufacturers of lithium-ion batteries, which use cobalt to make our smartphones and electric cars work, have begun to scope out sites in Idaho, Montana and Alaska that could be rich in the mineral, according to BBC.com. The value of cobalt is on the rise, and because it’s so valuable to today’s technology, mining companies have spread out around the world to find deposits, the report added.

“Miners like us have never actually gone looking for cobalt,” First Cobalt CEO Trent Mell told BBC.com. “There’s a lot of cobalt in the world. As miners, we’re behind.”

Recently, much of the world’s cobalt has been mined in one country, the Democratic Republic of Congo, but policy uncertainty has driven some countries to explore other options, according to Quartz. And because cobalt is considered one of 35 minerals critical to the U.S. economy, there can’t be any concerns about reliability.

The change won’t come cheap, however, as it can cost hundreds of millions of dollars to set up each mine, BBC.com also said. And no matter how big a rush, it’s likely that China will still be the world’s biggest refiner of cobalt, so the U.S. will remain reliant on overseas production, the report added.

A similar rush has occurred in Australia, which is believed to have the world’s second-largest reserves of cobalt, Reuters reported late last year. American companies hope to mimic that success in the U.S. so they don’t have to rely on the DRC as heavily, mining their cobalt much closer to home.

“There’s a few places where you can get ethically mined cobalt and we want to be one of them,” Michael Hollomon, CEO of Missouri Cobalt, told BBC.com. “We would like to think that that gives us an advantage.”