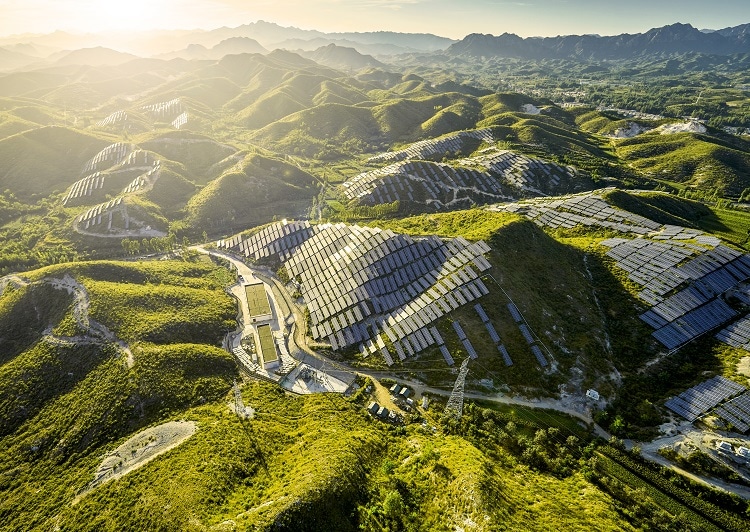 Solar panels have long been a source of reliable green energy. With the emergence of solar road technology there have been many new projects around the globe.

Solar roads are created using photovoltaic cells installed into road systems. The idea behind these projects is to be able to melt snow, power street lights and even eliminate the need to paint white or yellow lines on asphalt.

In the United States of America, there have been many proposed plans for the use of solar roads including the Solar Roadways’ Route 66 experiment; however, none of them has come to fruition. This is mainly due to the benefits of the technology not outweighing the disadvantages. The roads are not thought to be practical due to the high costs and safety concerns.

However, in China, a kilometer-long solar road has been built. Unfortunately, the road does not generate enough electricity to validate the $450 USD per square foot price tag. It is known that solar power can power an entire country, but it is still not a viable option for a large-scale road system. Although, if prices continue to drop, it should not be too long before there are low-cost solar cells on the market.

The first attempt at a solar road was in the small village of Tourouvre au Perche in Normandy in 2014. The French project, named “World’s first solar road” by ARS Technica, was strategically placed in a so-called “not-so-sunny-village”. While the project was initially created to power the village’s street lights, the solar roads were not economically viable, and the project was deemed a failure.

Taking a different approach, the Dutch implemented a solar bicycle path called SolaRoad. Though the project had a rocky start due to the top layer of the pathway breaking off during the first year, the bike lane was replaced with a more durable material. Despite the smaller project, the road was still deemed too expensive and caused much controversy in the country.

This was especially true when it was calculated that the money spent on building the road could have purchased 520,000 kilowatts of electricity rather than the seemingly pathetic 3,000 kilowatts per year.

A common theme reoccurs with all the developments which makes it unlikely that more projects will be undertaken in the near future. It should be noted that although many countries have established their own solar roads, none have had a return on their investment. It is therefore clear to see that solar cells need to decrease in cost in order to make them worthwhile in reality.

In addition to this, there are many safety concerns regarding the solar roads. This is mainly focused on putting automobiles or bicycles on textured glass. Eric Weaver is part of the Department of Transportation (DoT) in the United States and expresses that “We can’t say that it would be safe for roadway vehicular traffic.”

Currently, the investigation into solar roads are still ongoing but have yet to make much progress. Until manufacturing costs become lower, it is highly unlikely that we will be seeing solar roads being implemented in cities soon.