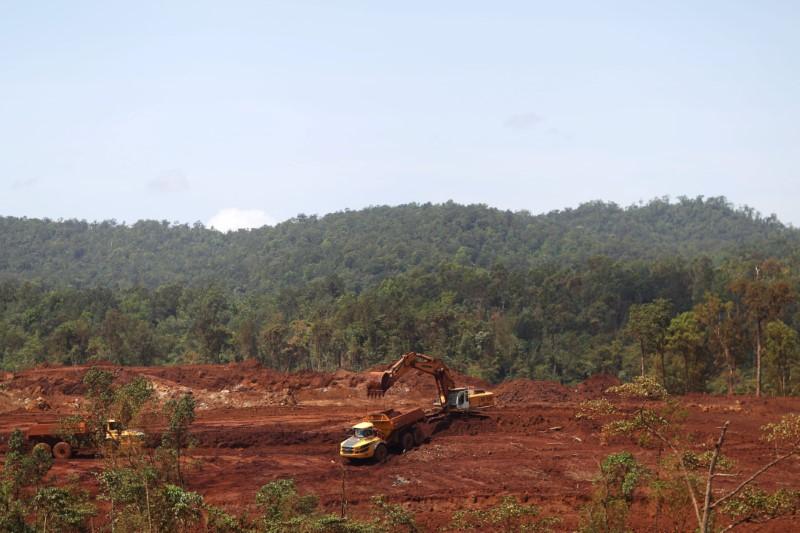 Panasonic, the exclusive supplier of batteries to Tesla, has concerns that cobalt delivered to the company was mined in Cuba. As a result, the electronics manufacturer has suspended business with Canadian energy producer Sherritt International Corp., according to sources close to Reuters.

Panasonic has not named the supplier, but a company spokesperson did say that Panasonic was unable to discern how much cobalt sourced from Cuba via its Canadian supplier ended up in batteries it provided to the US market. The uncertainty is “due to co-mingling of sources by its suppliers in several phases of manufacturing processes,” the spokesperson offered, also confirming that “Panasonic has chosen to suspend its relationship with its Canadian supplier.”

The spokesperson concurred that, after February 2018, Panasonic batteries had incorporated cobalt from the Canadian supplier in the Tesla Model S and Model X.

“Panasonic has sought guidance from the US Treasury Department’s Office of Foreign Assets Control (OFAC) regarding its interpretation of the scope of the US ban on Cuban-origin imports,” she said.

Cuba produces 550% more cobalt than the US and owns the 3rd largest total cobalt reserves worldwide. The tiny island nation produced 4,200 metric tons (MT) of cobalt in 2017 and held reserves of 500,000 MT — both vastly more than the US. Cuban partnerships with US companies that have wide-ranging financial resources could create a winning situation for both countries. Cuba would receive an influx of much-needed investment, and the US would negotiate a significantly more secure and ethically-conscionable source of cobalt.

That mismatch in resources vs. assets presents a potential opportunity for the US, except for one important detail — the Trump administration is doing everything it can to weaken Obama-era lightening of sanctions on Cuba. The current US foreign policy stance has restricted business dealings with Cuba.

Continuing on the current course is truly a missed opportunity of great proportions, especially for companies that could guide Cuba in sustainable extraction processes.

The US sanctions on Cuba were proclaimed by President John Kennedy in 1962 after Fidel Castro nationalized multiple US assets in the island country, which is located only 485 miles off the Florida coastline. In June, 2017, the Trump administration issued a National Security Presidential Memorandum (NSPM) on Strengthening the Policy of the United States Toward Cuba.

While there had been business enthusiasm following a detente in relations agreed between former President Barack Obama and Cuban leader Raul Castro in 2014, only a handful of US companies sought for a foothold in Cuba in 2017 under the Trump administration. China, on the other hand, brought a record company delegation to last year’s Cuba trade fair.

Trump has ordered tighter US/ Cuban trade and travel restrictions, including a ban on business with the military, which controls significant elements of the Cuban economy. US citizens were banned from doing business with 180 entities tied to the Cuban military, intelligence, and security services, including 83 hotels, stores, marinas, tourist agencies, industries, and even two rum makers owned by the government. US companies were barred from investing in a sprawling economic development zone in Mariel that Cuba envisions as crucial to its commercial future.

“This is a huge step backwards,” said former US Secretary of Commerce Carlos Gutierrez, the Cuban-born head of the US Cuba Business Council. “We had made so much progress.”

An anonymous US Treasury official said the Treasury does not discuss investigations and could not confirm whether one existed in relation to the alleged Panasonic acquisition of Cuban cobalt.

Tesla, the all-electric vehicle maker run by CEO Elon Musk, said in May that it has been working for years to reduce or even eliminate the amount of cobalt it uses in its batteries. As the world’s largest automotive lithium-ion battery manufacturer and Tesla’s exclusive battery cell supplier for the Model 3 sedan, Panasonic in the US is focused on battery cell production at the joint Gigafactory 1 in Nevada.

Not knowing the amount of cobalt supply available has become a genuine point of concern and a bottleneck for much greater mass production of EV batteries for both companies. They might look to countries with good commercial relations with the US, but cobalt mined in Canada or Australia, for example, likely costs notably more than cobalt mined in many other countries.

With cobalt prices soaring and ethical questions about Democratic Republic of Congo artisanal mining continuing, Panasonic had announced in June that it is in the process of developing cobalt-free EV batteries. “We have already cut down cobalt usage substantially,” Kenji Tamura, who is in charge of Panasonic’s automotive battery business, confirmed. “We are aiming to achieve zero usage in the near future, and development is underway.”

During the recent alleged Cuban cobalt revelation, a spokesperson for Tesla stated that “Tesla is aiming to achieve close to zero usage of cobalt in the near future.” Indeed, Tesla’s cobalt usage has reduced significantly over the past few years and, especially in comparison to other EV manufacturers, currently is not significant to the composition of Tesla’s battery cells. Tesla has long been a proponent of nickel-cobalt-aluminium (NCA) technology developed by Panasonic in Japan, which goes against the trend of a nickel-cobalt-manganese (NCM)-focused EV industry.

Musk reiterates that, in general, the trend in the material development world is towards higher-energy, lower-to-no-cobalt chemistries.

Sherritt’s Cuban Cobalt is One Area in its Mining Portfolio

Sherritt International, which is based in Toronto, describes itself as “the largest independent energy producer in Cuba, with extensive oil and power operations across the island.”

Sherritt declined to comment on questions about whether it sold cobalt to Panasonic. “We don’t respond to questions about specific client activities,” Sherritt’s spokesperson Joe Racanelli said. “We’ve been working in Cuba for 25 years, and we sell our Class 1 nickel and cobalt that’s refined from our facility in Fort Saskatchewan, Alberta, to customers in Europe and Asia.”

Sherritt produces cobalt at the Moa mine in Cuba, a 50–50 joint venture between the Canadian company and the state-owned General Nickel Company of Cuba. Panasonic buys cobalt from Sherritt, and the metal is then turned into specialized cobalt chemicals by a contractor.

The company states on its website that it operates sustainably and is not creating undue environmental, social, or economic harm in the areas in which it operates.

Strip mining is the most widespread extraction method used in Cuba, according to the Havana Times, and one of the ones with the greatest environmental impact. A mine’s operating life is between 10 and 100 years; however, climate change and related social and community changes endure for a much longer period of time.