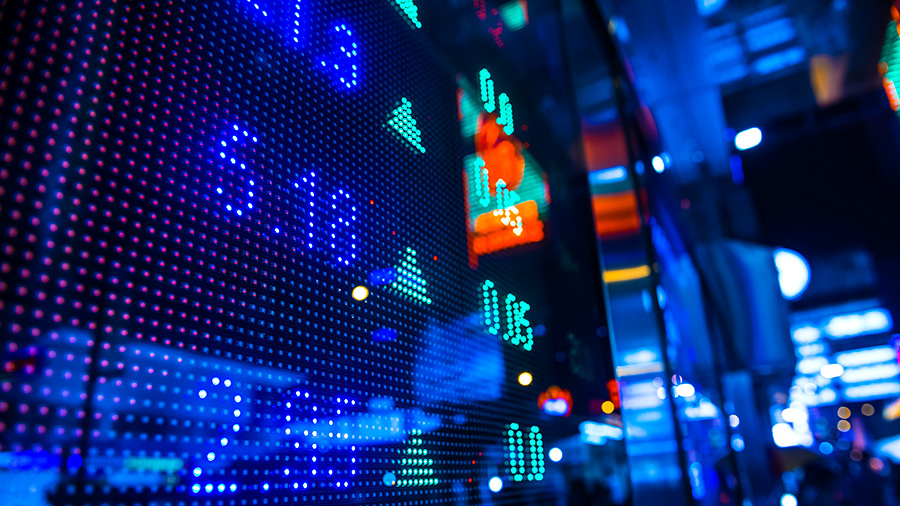 A big drop in Tesla stock weighed on the Nasdaq early Monday, but the technology index turned positive in afternoon trading after falling nearly 0.6% intraday. Financial stocks outperformed amid a surge in the 10-year Treasury yield.

Tesla (TSLA) was the worst performer in the Nasdaq 100, but Hasbro (HAS) was the top percentage gainer in the index, up 13%, thanks to a big earnings beat.

In afternoon trading, the Dow Jones industrial average was mostly flat. The Nasdaq composite added 0.3% and the S&P 500 picked up 0.2%. The Russell 2000 small-cap index also rose 0.2%

Biogen (BIIB) slipped 0.5% to 356.72 ahead of its earnings report Tuesday before the open. It was featured as a possible call-option trade in the latest Earnings Preview column.

The stock has been holding gains smartly after shares soared on July 6. The catalyst was positive trial data for an Alzheimer’s drug. The cup-with-handle buy point is 367.99.