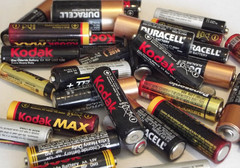 A Norwegian tech company says its “SiliconX” battery can let you drive over 600 miles or power your smartphone for a week on just a single charge when compared to an equivalent volume of Li-ion cells. Its secret is a proprietary mixture of silicon and graphite that will give up to a five-fold in battery capacity over current Li-ion technology.

Smartphones are constantly innovating when it comes to displays, fingerprint readers, cameras, AI, and processing horsepower. The one aspect that has remained relatively the same for years, however, is the Li-ion polymer battery that powers every modern consumer smartphone. Norwegian tech company Kjeller Innovation is looking to change this with a new “SiliconX” battery that promises at least 300 percent higher capacity than traditional Li-ion solutions.

According to Business Insider, the new technology utilizes a specific ratio of graphite and silicon to safely take advantage of the higher energy capacity of silicon. Normally, a silicon-based battery would swell when charging or discharging which could prove hazardous to the consumer. By mixing with graphite, Kjeller Innovation says the swelling can be mitigated without affecting the higher energy capacity of silicon. Ultimately, a “3 to 5-fold improvement” in battery runtime over Li-ion is a possibility.

Nonetheless, battery “breakthroughs” often face other challenges including reduced recharge cycles, degradation, higher costs, alternative safeguards, and more limited form factors when compared to versatile Li-ion batteries. Such hurdles would have to be addressed before commercialization and mass production of SiliconX can begin.