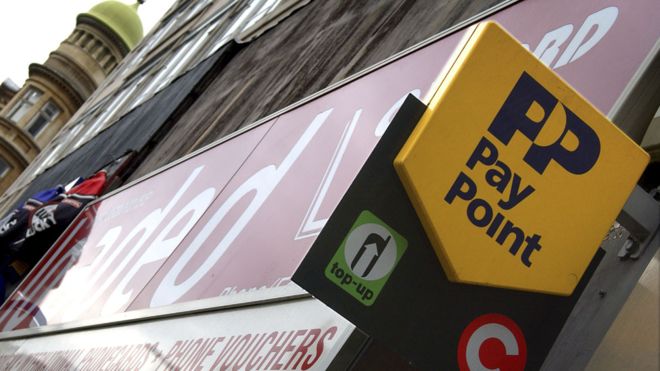 Customers were left without gas and electricity after PayPoint terminals across the country went down.

Users of the network, which lets people pre-pay for energy at some shops and supermarkets, complained about freezers thawing and having no electricity.

Complaints were made on social media on Saturday, before PayPoint later said the service was back to normal.

The company, which has terminals in more than 50,000 UK stores, had advised retailers to reset their devices.

PayPoint apologised for the inconvenience, saying it had been “working hard” to fix the problem.

It is not known how many people were unable to top up their energy supplies during the outage.

‘Queuing out the door’
Lewis Hall, from Newcastle, told BBC News the situation had been a “nightmare”.

“We’ve been running to the shops all day trying to get it to work,” he said.

“There was almost 100 people queuing out the door who couldn’t top up. Nearly everybody who tried it, it didn’t work for.

“Then she tried mine and it worked, but for the person after me it didn’t work.”

He said he had spent £60 on freezer food on Friday and had to throw it all away as it was “ruined”.

Another customer, who uses crutches, said she had to make six journeys to her local shop as she tried to top up her supply.

In an automated telephone message, PayPoint said it understood issues with the devices had been fixed.

It advised shopkeepers: “Please switch off your terminal, leave it for one minute and then reset it. This should resolve the issue.

“We thank you for your patience at this time.”