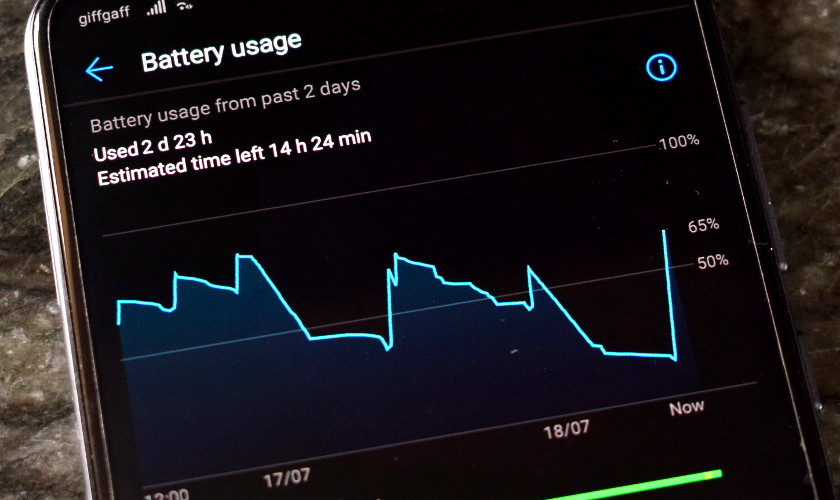 If there’s one axiom of portable electronics it’s that longer battery life is always better, there’s simply no downside to having our gadgets last longer. Unfortunately, very few smartphones are known for their outstanding battery life or large battery capacity. Instead, technologies like fast charging and wireless charging have become popular ways to keep our phones topped up throughout the day. We simply don’t expect our portable gadgets to be able to last more than a day on a single charge and there’s a pervasive sense that battery capacity has stagnated.

The push for thinner, more “stylish” phones also has some consumers and pundits concerned that smartphone battery capacities have been shrinking rather than growing, with knock-on effects for battery life at the expense of an eye-catching design. The theory also goes that the rise of QHD panels hasn’t been able to keep pace with chipset and software optimizations and battery life is dwindling, making smaller capacities even more noticeable.

There’s a pervasive sense that battery capacity has stagnated, but has it really?

To figure out which way the trend for battery capacity is actually heading, we collected data for a huge number of major flagship smartphone releases over the past five years, tracking 85 of the most popular individual models and ranges. There’s plenty to explore in this huge dataset, visualized in the interactive graph below, but these are the key takeaways:

Casting an eye back across the graph, we can note clusters of phones in between the 3,000 and 3,300mAh area and these values weren’t uncommon even as far back as 2013 and 2014. The LG G series, for example, has consistently offered battery capacities in this range and hasn’t deviated even today. Xiaomi’s Mi series and Samsung’s Galaxy Note range are much the same. The largest phone batteries are still capped at around 4,000mAh too, and the Huawei Mate 7 offered the same capacity in 2014 that today’s Huawei P20 Pro does. But remember, one of those was a niche phone during its time but now 4,000mAh is available in a mainstream handset.

3,000mAh batteries weren’t uncommon 5 years ago, so many consumers might not have seen a major boost to battery size.

Even so, the average capacity is still only marginally above the 3,300mAh mark in 2018. So there will be many smartphone users who haven’t seen their battery capacities increase by more than 10 percent over the past few years. Instead, it’s the smallest battery sizes that have increased more rapidly. For example, no major 2018 release we tracked offers less than a 3,000mAh battery so far, but phones below 2,500mAh weren’t uncommon back in 2013. Samsung’s popular Galaxy S6 range was barely above this marker back in 2015.

However, ignoring Apple’s pitiful iPhone battery sizes, we can see a consistent increase in the smallest recorded battery sizes and it’s this trend that’s helping to drive up the average so noticeably. Between the Huawei P6’s 2,000mAh cell and the LG G7 ThinQ’s 3,000mAh battery (the smallest size in 2013 and 2018 respectively), there’s been a huge 50 percent increase in the minimum battery capacity in this product tier over just 5 years. Let’s just hope that this year’s Pixel 3 doesn’t ruin this trend with a tiny battery. Here’s each manufacturer on its own so you can see internal trends within a company.

What this means for future battery capacity

Smartphone battery capacity is definitely creeping upwards, but the wide variation makes it difficult to spot by just looking at a few models. It’s only when we look at this large dataset that the picture becomes clearer. The largest cells from five years ago are now just average today, and 2018 smartphone releases like the Huawei P20 Pro, Vivo Nex, Oppo Find X, and others have demonstrated that it’s certainly possible to fit huge batteries into appealing smartphone form factors. Big batteries aren’t just for niche powerhouse devices anymore and large battery capacity doesn’t necessarily mean big bulky phones.

The general trend on the graph supports this too. In 2018, a large bulk of phones are clustered closer to the 3,500mAh mark, whereas just one year ago most phones fell pretty much bang on a 3,300mAh battery capacity. Go back further to 2015 and 2016 and the clustering falls closer to 3,000mAh and even below. Not only are typical battery sizes increasing, but the difference between devices is also shrinking. Capacity varied widely as far back as 2016, but the past two years have seen manufacturers close in on the optimum battery size that they can fit inside a handset.

The Huawei P20 Pro and Vivo Nex have shown how to fit 4,000mAh into a mainstream design, and the trend points towards increased capacity.

Extrapolating this trend out to 2019 and 2020 smartphones and it appears that we should see a tight pack of mainstream handsets hit and likely even exceed the 3,500mAh boundary next year. Come 2020 and we could well see the average capacity fall somewhere between this and the magic 4,000mAh upper limit, with an even tighter spread between the largest and smallest batteries packed inside flagship smartphones. 4,000mAh likely won’t be a mainstream target in the next couple of years, we will probably have to wait a little longer than that, but we could well see more and more handsets hitting this golden number very soon.

The continuation of the existing trend remains dependent on other factors too. These include the design priorities of manufacturers, the size of smartphones that consumers are willing to hold, and the price of lithium needed to produce batteries. With electric cars set to consume a good portion of the world’s lithium production over the next few years, larger batteries might end up being reserved for only the most expensive smartphones. Breakthrough materials like graphene might change the game, but when we don’t know.

Of course, there is much more to smartphone battery life than just the size of the cell. The demand for more powerful processors, faster wireless data speeds, and high-resolution screens threaten to consume more juice than ever before. It’s only through a combined effort to improve efficiency across all of these mobile technologies that we will see smartphones that can hope to last multiple days on a single charge.