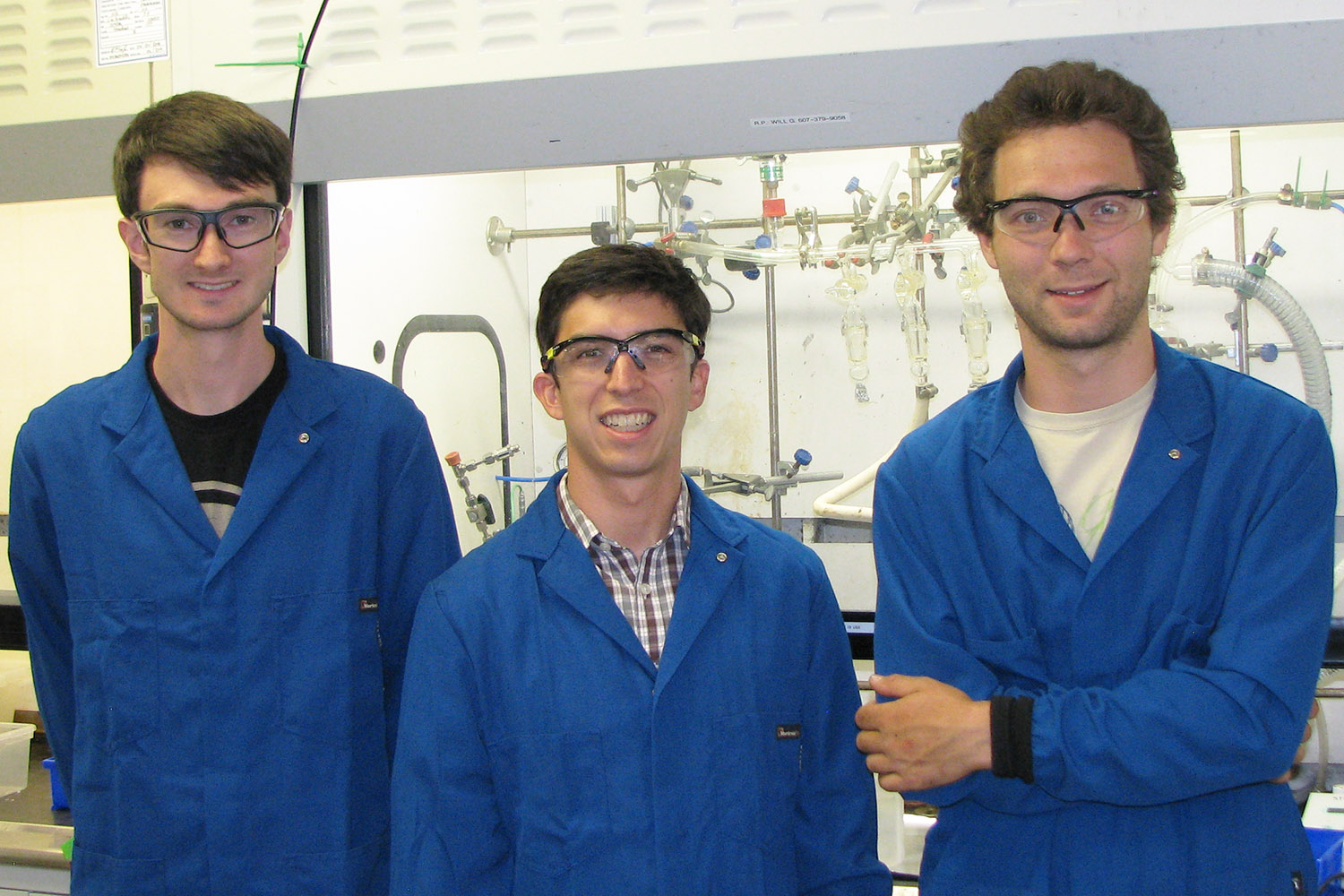 A new combination of materials developed by Stanford researchers may aid in developing a rechargeable battery able to store the large amounts of renewable power created through wind or solar sources. With further development, the new technology could deliver energy to the electric grid quickly, cost effectively and at normal ambient temperatures.

The technology – a type of battery known as a flow battery – has long been considered as a likely candidate for storing intermittent renewable energy. However, until now the kinds of liquids that could produce the electrical current have either been limited by the amount of energy they could deliver or have required extremely high temperatures or used very toxic or expensive chemicals.

Stanford assistant professor of materials science and engineering William Chueh, along with his PhD student Antonio Baclig and Jason Rugolo, now a technology prospector at Alphabet’s research subsidiary X Development, decided to try sodium and potassium, which when mixed form a liquid metal at room temperature, as the fluid for the electron donor – or negative – side of the battery. Theoretically, this liquid metal has at least 10 times the available energy per gram as other candidates for the negative-side fluid of a flow battery.

“We still have a lot of work to do,” said Baclig, “but this is a new type of flow battery that could affordably enable much higher use of solar and wind power using Earth-abundant materials.”

The group published their work in the July 18 issue of Joule.

In order to use the liquid metal negative end of the battery, the group found a suitable ceramic membrane made of potassium and aluminum oxide to keep the negative and positive materials separate while allowing current to flow.

The two advances together more than doubled the maximum voltage of conventional flow batteries, and the prototype remained stable for thousands of hours of operation. This higher voltage means the battery can store more energy for its size, which also brings down the cost of producing the battery.

“A new battery technology has so many different performance metrics to meet: cost, efficiency, size, lifetime, safety, etc.,” said Baclig. “We think this sort of technology has the possibility, with more work, to meet them all, which is why we are excited about it.”

The team of Stanford PhD students, which in addition to Baclig includes Geoff McConohy and Andrey Poletayev, found that the ceramic membrane very selectively prevents sodium from migrating to the positive side of the cell – critical if the membrane is going to be successful. However, this type of membrane is most effective at temperatures higher than 200 degrees Celsius (392 F). In pursuit of a room-temperature battery, the group experimented with a thinner membrane. This boosted the device’s power output and showed that refining the membrane’s design is a promising path.

They also experimented with four different liquids for the positive side of the battery. The water-based liquids quickly degraded the membrane, but they think a non-water-based option will improve the battery’s performance.