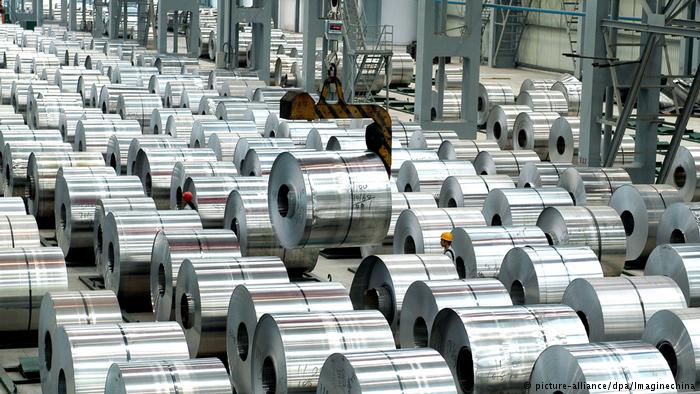 We live in a time of tariffs. In the wake of US tariffs on steel and aluminum, the EU has made several counter moves. The latest sees the bloc placing tariffs on steel imports which exceed quotas set at existing levels.

The 25 percent tariffs will not be levied on all steel imports but rather will come into effect once import levels across a range of steel categories exceed a certain quota, set at the average import level of the past three years.

This system, known as a tariff rate quota, is designed to guard against a surge of steel imports into the bloc that would otherwise have been headed for the US market were it not for the recent imposition of tariffs by US President Donald Trump.

The European Commission says the EU has seen an increase in steel products reaching its market since the Trump tariffs came into effect in the United States. The 28-member bloc wants to protect its own manufacturers from cheaper steel flooding in from other global markets.

EU Trade Commissioner Cecilia Malmstrom said the bloc has “no other choice” but to introduce measures to protect the domestic steel industries of its member states, already suffering due to global overcapacity.

“The US tariffs on steel products are causing trade diversion, which may result in serious harm to EU steelmakers and workers in this industry,” Malmstrom said.

The main exporters of steel to the EU currently are China, India, Russia, South Korea, Turkey and Ukraine. Cheap Chinese steel has in particular caused turbulence within the EU steel market, leading to consolidating mergers such as that which recently took place between Thyssenkrupp and Indian steel giant Tata.

The Commission says the EU steel industry is “in a fragile situation and vulnerable to a further increase in imports”. The fact that the US market is no longer appealing for European steel manufacturers as a result of the tariffs there is a further blow.

The new quota and tariff system will come into effect on Thursday, July 19, with 23 steel product categories to come under its sphere of influence.

The measures are the third part of the EU’s response to recently imposed US tariffs. It has already placed tariffs on €2.8 billion ($3.3 billion) of US imports, such as bourbon and motor bikes, and has also launched a legal challenge at the World Trade Organization.

Malmstrom said she believes the latest measures “strike the right balance between the interest of EU producers and users of steel, like the automotive industry and the construction sector, who rely on imports.”

However, a lobby group for European carmakers — the European Automobile Manufacturers Association (ACEA) — was critical of the EU decision.

“These measures will be damaging to our competitiveness, as they will lead to steel price increases in the EU market, where prices are already very high,” said ACEA chief Erik Jonnaert.

The European steelmakers body Eurofer welcomed the move — initially a provisional one which can be in place for up to 200 days — but said they expected a glut of imports as steelmakers look to fill the quotas, which will be handled on a first-come, first-served basis by the EU.

The news came on the same day as confirmation that the EU will impose duties from Thursday on Chinese electric bicycles, which like the steel tariffs, are aimed at preventing a flood of cheap imports into the European market.