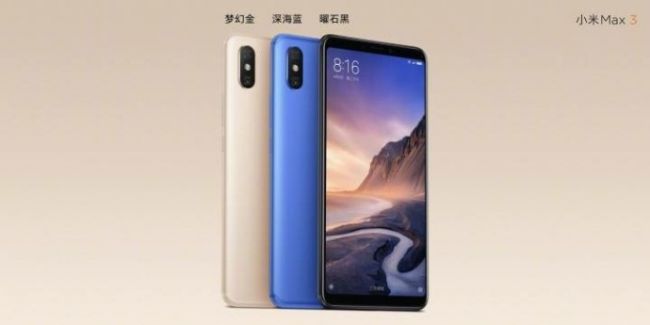 Chinese smartphone maker Xiaomi has teased it upcoming phablet, the Mi Max 3 ahead of its launch in China on July 19. The device has been in the news for some time now after several leaks and rumors related to the device were reported online.

In his post, Bin Lin mentioned that even though the Mi Max 3 is considerably bigger than its predecessor, the phone does not feel big in hand and this may be due to the 18:9 panel. The Mi Max 3 will feature a 6.9-inch display compared to the 6.44-inch display of the Mi Max 2. He further added that the 5,500mAh battery will offer long battery life on the device.

Coming to the design of the device, the Mi Max 3 looks similar to the Redmi Note 5 Pro at the back as it features a vertically placed dual camera setup and similarly placed fingerprint sensor. The device is expected to feature a metal unibody design.

While there is no information regarding Corning Gorilla Glass protection, the predecessor of the device had Gorilla Glass 3 and the Mi Max 3 is also expected to have similar protection.