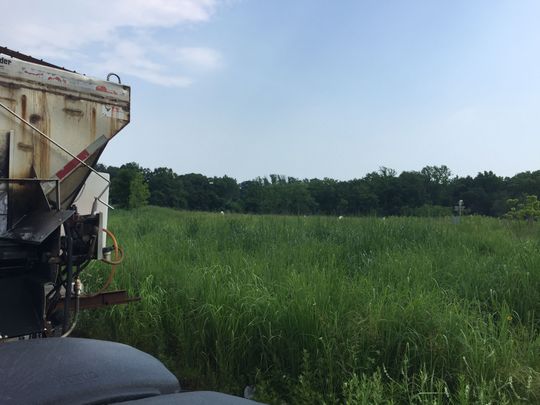 WHITE PLAINS – A solar energy system on the roof of Ebersole Ice Rink is one of the ideas being considered by the city as it explores ways to charge its growing fleet of electric vehicles.

“We’re in very active discussion right now with a group that would bring solar panels into the city,” Roach said at a July 2 meeting where the Common Council approved spending $122,500 to buy four electric vehicles. The purchase brings the city’s stock of electric vehicles to nine.

His comment raised the eyebrows of Councilwoman Milagros Lecuona, who was appointed by Roach in 2013 as chair of the Sustainable White Plains Committee. The group makes recommendations on how to reduce White Plains’ carbon footprint.

“If that information could be shared with the Sustainability Committee, that would be great,” Lecuona said at the meeting.

Afterward, she told The Journal News/lohud that Sustainable White Plains has recommended several times in the past few years that a solar farm be created atop the capped landfill at the Department of Public Works yard on Gedney Way.

At one point, the committee brought in Sunrise Solar Solutions, an energy company, to make a presentation to the mayor. Sunrise estimated that a solar farm on the landfill could generate up to $40,000 a year for the city and lower local electric costs.

Lecuona said the Gedney solar farm suggestion has been ignored.

Jill Ianetta, a member of Roach’s staff, said the city is looking at the ice rink roof and the roof of the DPW garage on Brockway Place as potential solar panel sites. The city’s electric vehicles are currently charged as stations on the Hamilton/Main municipal garage.

“Depending on the economics and power generated, and the way the deal is structured, we may allow (solar panels) to be built on city property and, in effect, lease our land to someone in a power purchase agreement…” Ianetta said.

“Since all our lines are underground,” he said, “we would require the new transmission lines to be underground, in conduit.

Hope also said that any work on the landfill would require approval from the state Department of Environmental Conservation and that the contractor would need to provide the city with an expensive Environmental Risk insurance policy.

Anne Bobroff-Hajal, a Sustainable White Plains Committee volunteer, said placement of a solar farm at the Gedney landfill “is the right place. There are only two or three capped landfills of 6 to 8 acres in Westchester, and it could potentially produce a lot of electricity. It’s an exciting idea, that White Plains could be a leader in this.”

She said that electricity produced at Gedney could help reduce energy bills citywide, and that White Plains should be doing everything possible to lower its carbon footprint.

“I strongly believe that we all have to take responsibility to lower global warming, and (the Gedney solar farm) is one of our big chances to do that,” Bobroff-Hajal said.

There is no time table in place for the city to bring in solar energy.