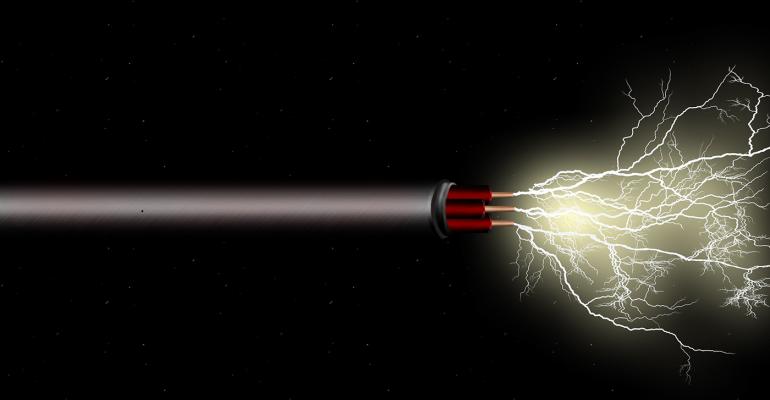 As embedded systems and IoT devices push more into applications in remote locations, designers are looking at alternative means to portably power them.

Thanks to advances in low power and energy efficiency, embedded systems and IoT devices no longer require access to ac current, meaning those platforms are suitable for remote applications. Wireless communication is becoming more prevalent in remote areas as well, opening the door to new operation possibilities like environmental sensor and telemetry applications, compiling weather data, and monitoring pipelines (among a host of others).

New energy-harvesting technologies coupled with energy-efficient battery storage and low-power platforms have pushed the boundaries of where embedded systems, IoT, and edge devices can be utilized. Whatever the application, all electronic devices require power of some sort, and energy harvesting is already allowing them to operate in a standalone manner, reducing managing costs and maintenance time in the field.

As it stands, a myriad of energy-harvesting devices can be paired with embedded systems and IoT devices capable of tapping into any number of resources—solar, thermal, wind, tide, kinetic, and many more. This roundup provides snapshots of some of the latest technologies that allow those devices to siphon energy from their surroundings for operation in remote areas.

Solar power can provide an indefinite level of energy to IoT and embedded platforms as long as there’s sunlight, but there are caveats—some cells are bulky and have low efficiency when it comes to energy conversion, especially for small devices. To get around those limitations, Alta Devices developed a single-junction flexible solar cell that has a 28.9% conversion rating from the NREL.

The company’s single-junction cell, based on gallium arsenide (GaAs), is flexible, lightweight, and thin, allowing it to be incorporated into small device designs with curved surfaces. The cell also packs Alta’s AnyLight technology, which enables it to harvest light sources from both outdoors and indoors and convert it into an electrical current to recharge onboard batteries quickly and efficiently.

Researchers from Waseda, Osaka, and Shizuoka have designed a tiny thermoelectric generator that’s capable of producing 12 µW per 1 cm2 utilizing a small thermal difference of just 5°C. Their goal is to have it charge small autonomous IoT devices and embedded systems using environment or body heat.

The researchers state that their generator uses the same technology to manufacture semiconductor ICs. Usually, thermoelectric generators employ silicon nanowires at lengths of 10 to 100 nm that are suspended over a cavity; a heat current flows through to harness the temperature differential. The problem with that design is it weakens the mechanical strength of the generator over time. The researcher’s solution was to shorten those nanowires to 0.25 nm, which allows them to maintain strength and minimize the generator while maintaining power density.

Wind Energy with a Side of Solar

Scientists from the National Center for Nanoscience and Technology (Beijing) have designed a device that’s able to harvest solar and wind energy on a single platform. The Hybridized Nanogenerator is aimed at supplying renewable energy to smart cities, but can be utilized for embedded systems and IoT devices.

The device integrates a highly efficient solar cell with a triboelectric nanogenerator that can convert wind energy into electrical output. On the solar cell side, the component is able to produce 8 mW of power, while the wind harvester can deliver up to 26 mW—a significant feat, since the platform only measures only 120 × 22 × 2 mm.

When it comes to harvesting RF energy with a tiny footprint, the E-peas AEM40904 PMIC takes the cake. The company’s 5- × 5-mm RF power-management IC (PMIC) features a boost converter with a 94% efficiency that integrates voltage references, energy-management options, and low-dropout (LDO) regulators (1.2/1.8 V and 1.8/3.3 V). It supports ultra-low-power startup (380 mV/3 µW) and features an RF input power from −18.5 dBm up to 10 dBm.

The harvested energy can simultaneously power embedded or IoT systems at 1.8 V while storing excess energy in several storage options, including lithium-polyer (LiPo) and thin-film batteries as well as capacitors and supercapacitors. What’s more, you can use two batteries or storage devices and automatically switch from the secondary battery to the primary when the energy is depleted. What’s great about this PMIC is it can be utilized with nearly any SoC or microcontroller with embedded systems or IoT applications.

Staying on the PMIC trend, Cypress Semiconductor will be releasing its CY39C811 device (still in production)—an ultra-low-power buck converter that features dual energy inputs capable of harvesting solar and vibration energy. Like the E-peas PMIC, this too can be used with just about any SoC or microcontroller, opening up many options for field-based IoT or embedded-system projects.

Key features the CY39C811 include an integrated low-loss full-wave bridge rectifier, a input voltage range of 2.6 to 23 V (with eight presets to choose from), an output current of up to 100 mA, overcurrent limit protection, I/O power-good detection signal output, and more.

Both market-ready and in-development technologies to power IoT devices and embedded systems go beyond utilizing battery-only platforms. All of those harvesters act as power generators for those rechargeable batteries or capacitors, which have become efficient in their own right. Coupling them together allows for off-grid applications where maintenance and data collection are performed in months rather than in days or weeks.

The future will see improved energy-collection technology where energy storage is the mitigating factor, rather than the actual harvesters. The most promising advances in portable power will encompass wireless-power transfer tech, along with improvements in solar, mechanical, and thermoelectric harvesting platforms. An increase in smaller, more efficient PMICs are due down the pipeline, along with low-power MCUs, empowering both the IoT and embedded-system fronts.