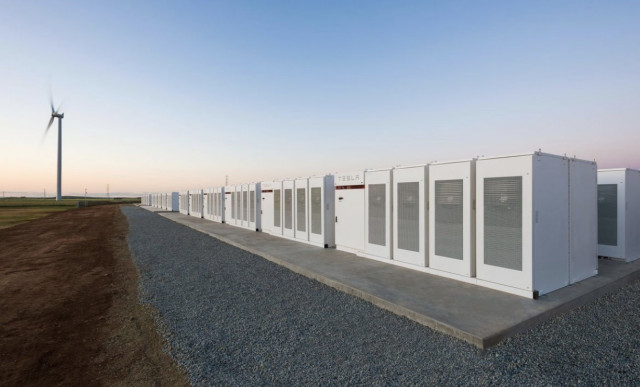 With the growth of electric cars has come a flood of used batteries that is set to skyrocket in the next five years, according to a Bloomberg report.

Bloomberg Businessweek notes that about 55,000 used battery packs were removed from electric cars this year as the cars’ packs reach their 10-year lifespan.

That number is poised to skyrocket by a factor of 70, to 3.4 million battery packs, in the next five years, and automakers are on the hook the world to deal with them in countries around. That is leading to new efforts to reuse batteries before they need to recycled.

The question of how to dispose of all these used batteries is becoming critical.

China is implementing rules starting in August that will make automakers responsible for the disposal of material from batteries they produce and forbid them from being sent to landfills.

Europe is considering similar measures and is studying the problem, and analysts expect the United States to pass similar laws.

GM, BMW, Nissan, and Chinese car and bus maker BYD are working with a handful of renewable energy suppliers to develop a market for the battery packs powering energy grids.

So far, there are 13 installations testing batteries in re-use projects around the world in everything from storing energy for electric car chargers in California and Belgium, to stabilizing power grids and renewable energy sources in South Africa and Japan, to providing backup power to elevators in Paris and powering streetlights in Japan.

Adding battery storage to the power grid is expected to give a boost to renewable energy sources such as wind and solar which don’t produce steady amounts of power.

Used electric-car batteries look like a viable source of affordable batteries to add storage capacity to power grids, but so far supplies have been small enough that they haven’t attracted much attention. They also face competition from suppliers making new batteries for grid storage, including Tesla with its Powerpacks and Powerwalls, and this trend may accelerate as battery production becomes cheaper, as most analysts expect..

Bloomberg forecasts that battery production will surge to 25 times its current level by 2030, and that the market for energy storage will balloon to $548 billion by 2050. More than half of that market will be in large, grid-scale batteries, and more than 70 percent of it in China.

Tesla, the world’s largest electric-carmaker, is focusing its efforts instead on developing recycling efforts for the materials in its batteries instead of reusing them.

Nissan has a recycling center operating in northern Japan where batteries from Nissan Leaf’s are disassembled, and the best cells are reused in new Leaf batteries, while others are repurposed for second-use applications such as powering street lights. The company expects the plant eventually to process 10,000 batteries a year.

Toyota has launched a service to reuse Prius hybrid batteries to run refrigerators in 7-11 stores in Japan.

Hans Eric Melin, founder of London-based Circular Energy Storage Research and Consulting says that by 2025, about three-quarters of used electric car batteries will be reused before they are recycled.

With an expected life of only four years, instead of 10, batteries from electric buses are expected to account for about half of the spent battery packs from electric vehicles, Bloomberg says, which could make the responsibility even more critical for a company such as BYD, the world’s largest maker of electric buses.