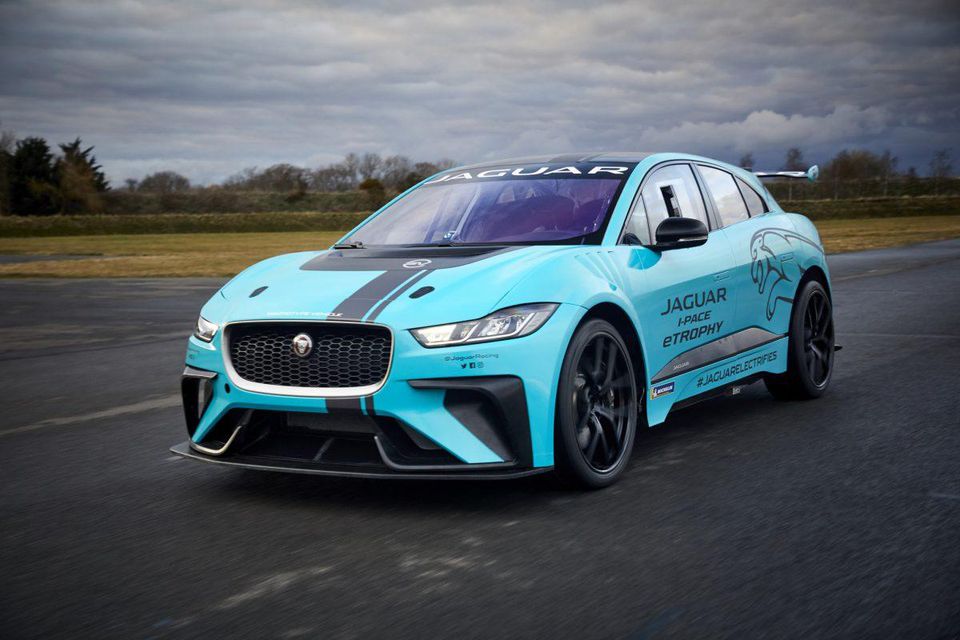 Formula E, the all-electric grand prix, finished its fourth season on Sunday, leaving automakers to apply lessons from the race track to their road car technology. When the battery-powered Jaguar I-PACE SUV goes on sale later this year, the British marque will be the first brand with a Formula E race team to sell consumers an electric vehicle at dealerships, too.

The automaker’s Panasonic Jaguar Racing team placed sixth overall at this weekend’s season finale held on a closed course running through the Brooklyn neighborhood of Red Hook. Jaguar, which became the first premium manufacturer to join the all-electric ABB FIA Formula E Championship street racing series two years ago, plans to offer an electrified version of each of its new models by 2020.

Forbes sat down with James Barclay, director for the Panasonic Jaguar Racing team, to talk about Jaguar’s involvement with Formula E and how the series will help the automaker continue to develop electric vehicles.

Why did Jaguar decide to enter Formula E?

I think it’s a real game-changer, and that’s the exciting thing about electrification right now. We’re in a transition phase, and this new generation of battery-electric vehicles really moves the game forward. The performance, range, and everyday practicality of an EV is so impressive now. For us, Formula E came at the perfect time. We announced in 2015 our intent to come back to motor racing, but it couldn’t just be for any reason. It had to be for the right reason. It gives us a valuable launch platform to promote our battery-electric vehicles of the future.

How has the experience helped shape the development of the I-PACE?

At some races, it gets incredibly warm, and we’re dealing with high temperatures. The analogy is that it’s like leaving your mobile phone in the sun while it’s charging. Electric cars use regenerative braking, so we’re putting charge back into the battery. With I-PACE, you don’t have to use the brake so much. In Formula E, you’re braking down to the last centimeter, and when you have regenerative brakes, you have to have confidence in the car. How that feels from a driver point of view is really important in the racing scene and also very important on the road. It’s not just the hardware; it’s the whole human interaction with the car.

What did you learn about batteries and range that you can use going forward?

We’re already seeing real-world learnings from our activity in Formula E that apply to our production cars: the construction of some of the hardware items like the e-motors and inverter, the materials we use and the way we package them, the weight that we can achieve in the race car, how we maximize efficiency through software and control systems, how we optimize the whole powertrain, from the inverter to the e-motors. Fundamentally Formula E is about making cars go as fast as they can for as long as they can. From a production standpoint, that’s perfect because if you can achieve that in a customer car, it means the customer can drive longer and faster, too.