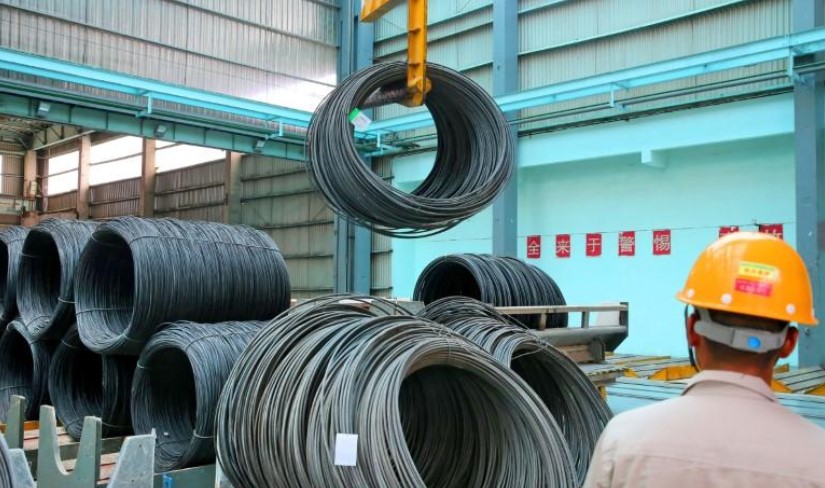 China’s steel mills churned out record amounts of the construction material in June as producers rushed to cash in on hefty margins, even as a trade spat between Beijing and Washington intensified.

China, which accounts for half the world’s capacity, produced 80.2 million tonnes of crude steel last month, National Bureau of Statistics data showed on Friday. That’s just shy of the 81.6 million tonnes the United States produced in the whole of 2017, according to World Steel Association data.

June output was below May’s record 81.13 million tonnes, but June has one less day, setting a new daily average production record for a third month in a row at 2.67 million tonnes, according to Reuters’ calculations.

“Steel mills were dashing to reap as much of the bumper profits as they could despite environmental checks,” said Richard Lu, analyst at CRU in Beijing.

The production increase also comes as China has shuttered some mills to help curb choking pollution and ramped up environmental inspections, suggesting that newer mills have ramped up operations to cash in on fat margins.

China’s steel output in the first half rose 6 percent to 451.2 million tonnes.

Steel prices SRBcv1 have soared over the past year due to firm demand and on concerns about tightening supplies of metal, used in construction and automotives, as Beijing seeks to close inefficient mills and clamps down on smoke-stack industries to clean the nation’s skies.

Lu estimated that mills were earning a profit margin of about 800 yuan ($119.50) per tonne of steel, while analysts at Huatai Futures put profit margins for mills in northern China at over 1,000 yuan a tonne, one of the highest on record.

Monthly utilization rates at mills reached 71.6 percent in June, the highest since October before winter production curbs had taken effect, according to Reuters calculation based on data from Mysteel consultancy.

Analysts say it’s not clear if China will continue its record-setting run.

“Steel output may not necessarily go down even though stricter restrictions are on the way,” said Lu. “Steel mills in Xuzhou city could reopen soon, which will to some extent offset the production curbs in Tangshan.”

Producers are also racing to make as much metal as possible before a new round of production curbs are imposed in November ahead of China’s winter, when pollution is at its worst.

Last winter, government forced mills and heavy industry in 28 of the most polluted northern cities to shut up to half of their capacity between November and March. More are expected to adopt similar curbs this winter.