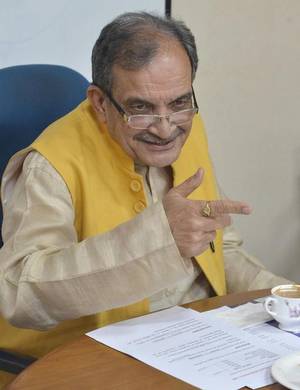 ‘Surplus produce may come to India; it will hit local makers’

U.S. President Donald Trump has imposed a 25% import tariff on steel and 10% on aluminium.

Mr. Singh had earlier said the U.S.’ levy of heavy tariffs on imported steel and aluminium would not have any major impact on steel production in India as steel export to U.S. was only 3.3% of total exports.

However, speaking at a conference here, he said: “The U.S. decision to impose 25% tariff on steel imports will have negligible direct impact [on India’s export] as India’s share of U.S. steel imports is very small as compared to other countries but there might be an indirect impact.” He added, “Countries which are exporting to the U.S. will be forced to look at other major steel consuming markets like India to sell their surplus [produce] and [can] slightly distort our domestic market considerably due to dumping,” he said.

N.A. Ansari, CEO Steel Business, Jindal Steel and Power Ltd., who also attended the conference on steel and trade, said: “In the global steel business about 300 MT [million tonnes] is… traded between the countries… and due to this U.S. tariff move, at least some 85 MT of steel might find its way to India.

“We need to be very careful at this point.”