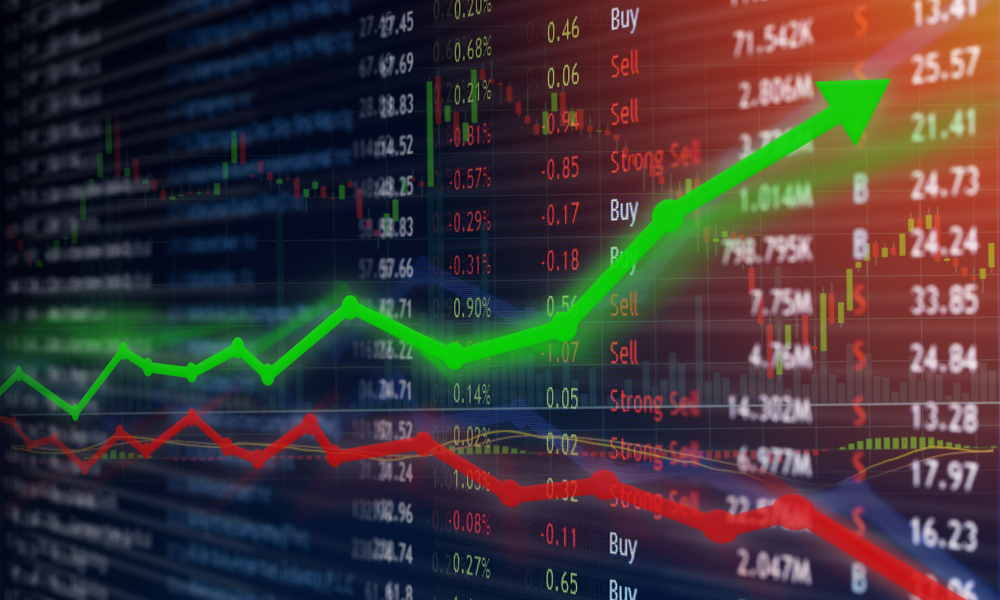 In volatile market times like now, it helps to get a heads up on the bullish word on the Street.

The verdict: best-performing analysts across the Street believe these investments will bolster your portfolio.

Telecommunications giant Verizon leads the wireless industry and is the second biggest U.S. carrier following rival AT&T. This ‘Strong Buy’ tech stock has won the attention of five top ranked analysts, who have all recently upgraded their recommendations to Buy. Verizon has jumped almost 9% throughout the last three months. The 12-month average price target suggests the stock boasts 10% in upside potential.

Deutsche Bank’s Matthew Niknam upgraded Verizon last month from a Hold to a Buy rating with a $56 price target (9% return potential). Mostly bullish on Verizon’s wireless segment opportunity ahead, Niknam also spots “meaningful” return potential in 5G deployment and digital advertising subsidiary Oath. After all, Oath has hooks in roughly 4% share of a market that towers at $100 billion.

Plus, Verizon approaches its second quarter earnings release at the close of the month and the analyst anticipates a comeback to service revenue. This would mark an exciting first for the company in the last three years. This is a tech player “investing aggressively toward an early leadership position” in the 5G tech market,” predicts Niknam. The analyst commends Verizon stock’s discounted valuation against its peers.

Shares of U.S. automaker General Motors have vaulted nearly 21% over the last three months. Impressively, all of the recent top ranked analysts’ ratings for this consumer titan are bullish. Consensus target expectations point to a confident 33% in upside potential for General Motors.

General Motors is rumored to be in the works of a spin off for its autonomous car company Cruise, a business RBC analyst Joseph Spak believes is valued at a colossal $43 billion. For context, Japan’s SoftBank ran the numbers on Cruise after choosing to invest $2.25 billion and determined the unit was worth $11.5 billion. In other words, Spak wagers the unit now could be worth close to four times that amount in under two months’ time.

We doubt SoftBank would have invested if they didn’t see a much larger opportunity,” highlights Spak. Glancing ahead, the analyst notes, “Executives have stated that GM’s fleet will be available in 2019 and continue to say that we are a matter of quarters away from launch, not years.” Spak rates GM’s stock an Outperform and suggests a $53 price target (35% return potential).

The Institute for Alternative Future sees the number of Americans with diabetes rising roughly 25 million more to almost 55 million by 2030. Therefore, Dexcom could be looking at a lucrative (and growing) market opportunity in the span of a decade. Last year alone, the company’s sales rocketed 25% to a lofty $718 million. It is no wonder that in the last three months, the healthcare stock has won seven buy ratings from analysts across the Street. Moreover, the 12-month average price target, Dexcom’s stock signals 8% in upside potential.

BMO Capital analyst Joanne Wuensch has stronger “confidence in the contribution from [DXCM’s] product portfolio and pipeline as well as the health of the diabetes management market.” Accordingly, the analyst reiterated an Outperform rating on Dexcom while boosting the price target from $86 to $112, calling for 10% in return potential.

Keep watch on this healthcare player, as Wuensch believes Dexcom is in strong standing on a “secular trend towards better, automated management of diabetes.”