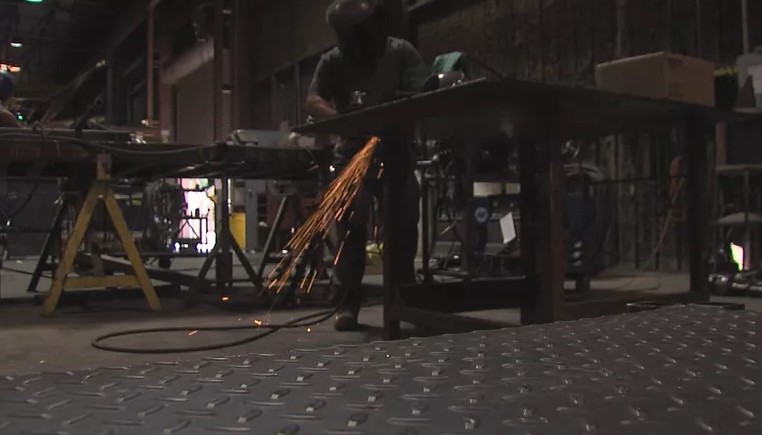 A steel distribution company in Central Texas is changing the way it does business due to the imposed tariffs on aluminum and steel imports from Canada, Mexico and the European Union.

President Donald Trump’s Office explained in a statement, the tariff to protect America’s national security from the effects of a global oversupply of steel and aluminum. Now, aluminum from those countries have a 10 percent tariff and steel imports have a 25 percent tariff.

Metals 2 Go General Manager Dwayne Turnbo said in the past months, his company used to buy more of its steel from Mexico but that changed when the 25 percent tariffs went into effect last month.

“They started holding that steel at bay and not that many imports were coming from the U.S. and so at that time, it’s an even playing field,” Turnbo said.

Most of their product comes from the U.S. where the price is a little bit cheaper or the same as the Mexican import.

However, he said the price of steel, in general, is more expensive than at the beginning of February.

“Short term. The market has gone up in pricing so that does affect the end user. It costs more to build your end product and the end user usually ends up paying for that,” Turnbo said.

Steel is used to make trailers and equipment that farmers and ranchers use every day.

Texas Farm Bureau Director of Communications Gene Hall said the change will put pressure on the price of farm equipment.

“I think you probably would see them using what they have and putting off the decision to buy new stuff but in some cases, it cost more to use the older, less efficient equipment,” Hall said.

Hall hopes that the current tariffs and the proposed tariffs for China will not become a long-term.

“It’s better to sit down and negotiate trade disputes rather than to launch tariffs. We are hoping any continuation of a trade dispute is short-lived because a lot of damage is going to be done to markets in the meantime,” Hall said.

However, Turnbo said he thinks the current tariffs would have a positive effect on the job industry.

According to Hall, TFB members are inclined to give the president time to make his ideas work.

“It goes without saying that there is a lot of anxiety, a lot of nervousness in the tariff situation,” Hall said.

The tariffs the U.S. has proposed for China and the tax that the country intends to implement on U.S. products has already affected commodity prices.

According to the TFB, the price of corn and cotton has decreased, which experts are crediting to the threat of tariffs. Farmers are now concerned about the possibility of having fewer sales in the future.