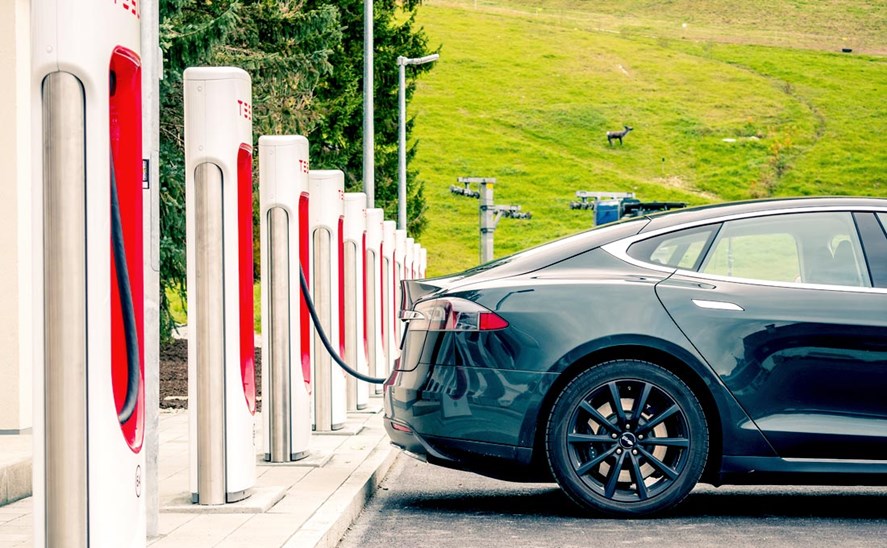 Norwegian researchers at the Institute for Energy Technology have found a way to improve the capacity of conventional batteries by 300-500%. That would imply smartphones and computers that don’t need to be charged for several days, and electric cars that can drive upwards of 1000 km on a single charge, NRK writes – not to mention the myriad of other medical implants, gadgets, appliances and machines that use lithium ion batteries.

The secret is silicon and nanoengineering.

The new technology exploits the fact that silicon has a much higher energy capacity than the graphite used in conventional batteries. For twenty years, battery manufacturers and researchers have attempted to improve battery performance by mixing small amounts of silicon into the graphite, with limited effects on capacity. The obstacle to using more silicon is that its volume varies almost 400% as lithium ions move in and out of it with battery charge. The swelling makes the material break and pulverize, which causes the battery to degrade quickly.

The trick is to find the right proportions and structure of the silicon- graphite mix, to maximize silicon content while minimizing breakage, so that the battery is stable over time. Nanotechnology has opened for the possibility of engineering materials with a microstructure that makes it inherently resistant to degradation. That is what the Norwegian researchers have done. While the mix doesn’t achieve the maximum 10-fold increase in capacity that pure silicon would offer, a 3 to 5-fold improvement in battery energy content is still a huge improvement compared to the batteries we use today.

Kjeller Innovation is now working on commercializing the tech.

“You can say we’ve found the X-factor we’ve been looking for. This has enormous potential and is something scientists all over the world are trying to accomplish,” research director Arve Holt at the Institute of Energy Technology says in a press release.

The next steps in bringing the results to the markets will be to test the batteries in industrial processes with international partners and patenting the nanotechnology, NRK reports. Kjeller Innovation will lead the work towards commercializing the technology, calling the project SiliconX.

Ramping up from lab testing to an industrial setting hopefully means electric cars, smartphones and implants will soon get an enormous performance boost soon. Many other research groups and companies are also trying to solve the limitations of lithium ion batteries. In the end the solution that dominates the market will be one that offers high capacity and low degradation in relation to production cost.

Before batteries that improve capacity by hundreds of percent reach the market we can expect a generation of batteries that offer more modest but still significant improvements, the Wall Street Journal predicts.