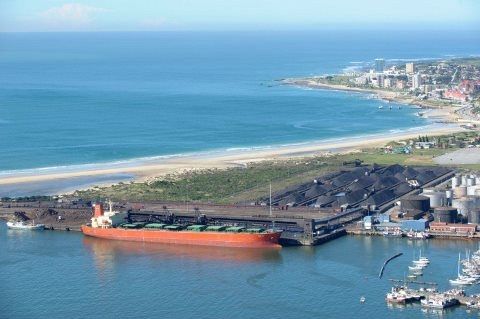 State-owned freight utility Transnet’s Port Terminals operating division has taken over operations at an inland terminal for the loading and handling of manganese at Lohatlha, in the Northern Cape.

The terminal is situated about 100 km from South Africa’s manganese belt in the Hotazel area and is specially designed to service emerging miners.

It handles about 1.8-million tons of manganese a year, which could increase to two-million tons at full capacity.

The move to operate an inland terminal will position Transnet to strategically reconfigure one of the critical logistics channels by allowing emerging miners to pile and load manganese onto rail instead of road to the ports.

Transnet took control of the terminal at the start of July, following five years of private operation by SAFreight Logistics.

Transet also operates two other inland terminals – the Pendoring multipurpose terminal in Brits, and the Newcon terminal in Newcastle.