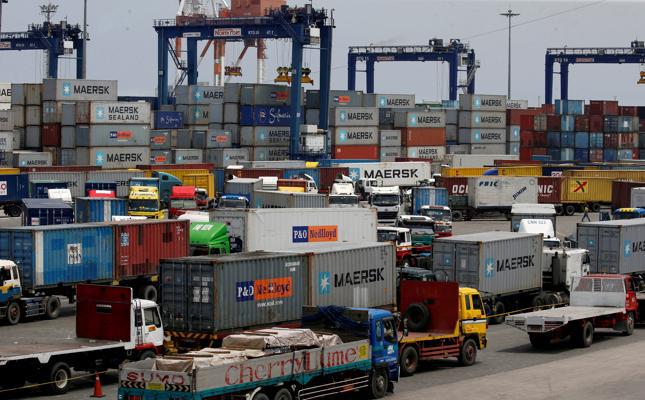 The Philippines’ nickel ore exports could drop by up to 17 percent this year as weaker prices curb output in the world’s second-biggest supplier, the head of a nickel mining industry group said on Tuesday. Shipments of nickel ore, used to make stainless steel, could fall to 30-35 million tonnes from 36 million tonnes in 2017, Dante Bravo, president of the Philippine Nickel Industry Association, told a media forum. “As a whole, we expect exports this year to be less than what we saw last year because the price of low-grade nickel now is weak,” he said.

The Philippines is the world’s No.2 nickel ore supplier after Indonesia, shipping the bulk of its output to top buyer China. The price of nickel on the London Metal Exchange fell to an eight-week low of $13,830 a tonne on Friday and has lost nearly 5 percent this month, caught in a broad-based selloff of risky assets amid deepening trade tensions between the United States and China.

Philippine President Rodrigo Duterte last week warned he would soon halt mining in the Southeast Asian nation because of the environmental damage it has caused. There are 50 operating mines in the Philippines, 30 of which extract nickel ore. But the industry contributes less than 1 percent to gross domestic product, with only 3 percent of 9 million hectares identified by the state as having high mineral reserves. “The challenge is to be able to address the communication gap,” said Bravo, on Duterte’s threat. “We are perceived to be damaging (the environment), rather than contributing to the economy. We need to be more understood.”

In April, Duterte told miners to reforest areas where they operate, saying he would revoke their permits if he didn’t see trees as tall as he is in six months. Bravo said miners had intensified their reforestation efforts, planting about 4.2 million trees in mining areas in the southern Mindanao region and in the southwestern province of Palawan