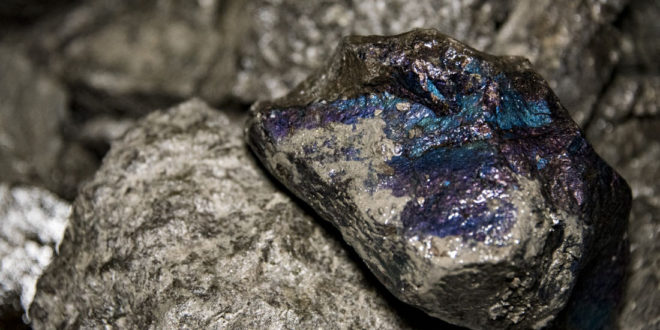 We turned bullish on cobalt, before the market did, in June 2016:

‘Though it has been a terrible couple of years for cobalt, the spot price has shown signs of moving higher.

‘While it could be in the early stages now, you want to see cobalt jump to about US$12 per pound. This should get the market excited, believing that significantly higher prices are ahead. If that happens, as I predict, the price will keep heading up from there, generating more excitement, and seeing more investors pour money into cobalt stocks.

‘With companies like Tesla building lithium-ion battery mega-factories, which will require significant amounts of cobalt, the future of some cobalt-producing companies is looking bright.

‘If cobalt starts to take off, the best miners could make you a truckload of money.’

It took six months for cobalt to break out.

The base metal surged when civil unrest broke out in the Democratic Republic of Congo (DRC) — the world’s largest cobalt supplier — that December. The country’s president, Joseph Kabila, refused to step down when his constitutional mandate expired.

Cobalt on track for another run

The base metal is trading around US$33 per tonne today.

Technically, cobalt is experiencing a correction ― nothing goes up in a straight line forever. The long-term red support level, dating back to the 2005 low, captured the recent high. Cobalt has pulled back to technical support, shown by the black trend lines. If this level can’t hold, it could test the blue support trendline at US$27 per tonne.

But don’t be so sure. There’s a good chance cobalt could bounce in the months ahead. It’s trading around a fair bit of support, after all.

News24 summed the story up yesterday (it’s not what you think):

‘Amid a fresh wave of civil unrest in the Democratic Republic of Congo (DRC), the international community must question its confidence in President Joseph Kabila to achieve stability in a turbulent region. He has been at the helm since he took over as president in 2001 after his father, Laurent, was assassinated. The young Kabila ruled for a transitional period until 2006, before winning two elections.

‘He is now in his seventh year of what should have been just five years of his second term and is constitutionally barred from standing again. But he has remained in office after his mandate ended in late 2016. This, as the country awaits a long-delayed election. The delay has sparked deadly protests.

‘While Kabila cannot legally stand for a third term, the opposition is concerned that he might. Fears among opposition and church leaders have been further fuelled by Kabila’s appointment of three new judges to the constitutional court. Two are well-known allies.’

Indeed, nothing has changed with the investment thesis. Joseph Kabila remains in government, and it doesn’t look like going anywhere. Remember, his reluctance to step down originally drove cobalt through the roof.

Cobalt was originally a supply story.

It had nothing to do with demand.

Election delays pushed the base metal higher over the past two years. And, given that the president won’t step down or hold elections, it could fly even higher following this correction.