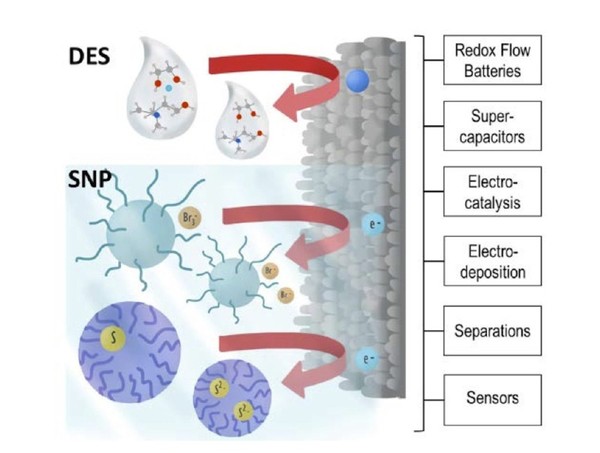 A breakthrough enabling power producers to pair very large-but-low-cost battery systems with wind and solar farms and even conventional power plants is the target of new research at Case Western Reserve University.

The U.S. Department of Energy has awarded CWRU $10.75 million, payable over the next four years, to head-up a multi-university research effort to create low-cost and less-toxic batteries.

The goals of the research are:

“We are looking at a couple of classes of electrolytes, which are less volatile and are safer. The thrust of our research is to understand the science. The research is not geared to build new batteries but to develop the foundations,” Savinell, a nationally recognized authority on electro-chemical energy storage and conversion, said in an interview.

Traditional lead acid batteries use dangerous sulfuric acid as an electrolyte. Exotic modern batteries are based on the chemistry of expensive rare elements.

Savinell and other CWRU researchers have been researching electrolytes made of organic compounds that are not exotic and not expensive. And because they are organic molecules, they can be more easily modified to change how they conduct electricity.

“We hope to come up with the next generation of electrolytes that could be incorporated into new, large-scale batteries — and those batteries could store energy more efficiently, more reliably, more cost effectively and more safely,” Savinell said.