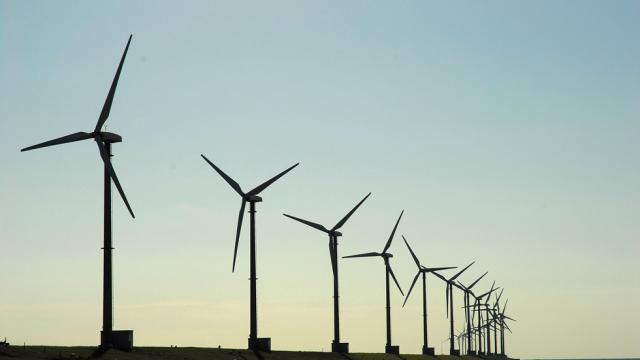 Fossil fuel proponents may claim that even renewables or “clean energy” have harmful impacts on the environment to justify continued drilling and mining — but that’s not the whole truth.

Here’s the reality — all forms of energy production, and really any form of human development, can have impacts. But renewables like wind and solar are called clean for a reason. Their impacts are many times smaller than those of other energy sources. Scott Tinker’s recent commentary in The Hill arguing the environment damage renewable cause contains outdated and incorrect information about renewable energy.

A national laboratory review of all studies on the topic found that the lifecycle carbon pollution of wind energy is one fiftieth that of natural gas and one hundredth that of coal.

Studies also show that a typical wind turbine pays back its lifecycle carbon footprint in a matter of months, and it generates carbon-free electricity for the remainder of its 20- to 30-year lifespan.

Despite Tinker’s claims, it’s not as though wind turbines are built from exotic materials — they’re mostly built from the same steel and concrete used to build any other type of power plant. Less than than 1 percent of the wind turbines installed in the U.S. today use rare earth metals.

To further reduce environmental impacts, the components that account for the majority of the turbine’s value, like the steel tower and the copper used in the generator, are virtually all recycled at the end of their life. As a result, building a wind farm requires fewer dramatic environmental disruption than other sources.

That includes mining. Wind and solar don’t need any fuel to generate electricity, so they save communities and natural habitats from the impacts wrought by continuous coal and uranium mining or natural gas extraction.

Compared to other human activities, and contrary to Tinker’s claims, wind and solar power have a significantly lower impact on local wildlife. According to data from the National Audubon Society, wind power causes less than 0.01 percent of all human-related birth deaths. Buildings, housecats, vehicles, and communication towers are significantly more harmful. Similarly, the type of solar power plant that uses mirrors, which the article claims can affect birds, is only a small subset of all solar plants.

The truth of the matter is that renewable energy is far less harmful to wildlife than traditional fuels because renewables emit no air or water pollution and do not require intensive resource extraction for their day-to-day operations.

This is all while maintaining the reliability of the U.S. energy grid. According to American Wind Energy Association during the 2014 “polar vortex,” wind power continued producing electricity and it saved consumers in the Mid-Atlantic and Great Lakes regions $1 billion in just two days.

Renewables are already making important contributions to America’s electricity mix — for example Iowa, South Dakota, Oklahoma and Kansas all generate at least 30 percent of their electricity using wind, all without any meaningful battery storage.

Renewables are expanding quickly because their cost has declined dramatically, so they now save consumers money while providing them with sustainable and reliable electricity. Therefore, wind and solar will increasingly be an important part of a diverse American energy supply. Their benefits for public health and the environment are just an added bonus.