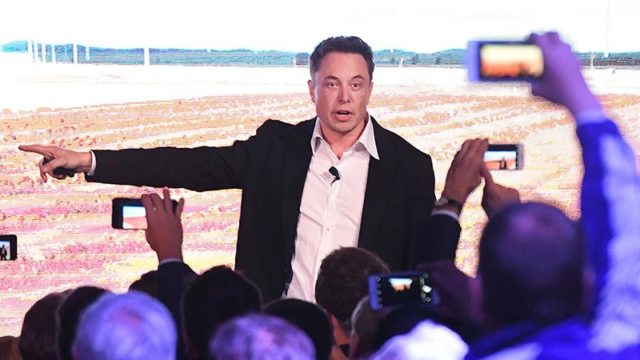 “Stationary storage” is a commonly heard buzz word among battery metals investors who hope it could be an even bigger driver of the resources market than electric vehicles.

Stationary storage typically refers to battery storage solutions that use technology such as lead-acid, nickel cadmium or lithium-ion.

The systems can store excess power — including from renewable sources — for use during expensive peak demand periods.

Lead-acid has traditionally been the most common technology — but more efficient technologies such as flow batteries and lithium ion are emerging as a popular option, for example Tesla’s lithium-based PowerWall and Powerpack products aimed at households and businesses.

Infact, while Tesla has struggled with ramping up production of its Model 3 eletric car, stationary storage has been a bright point for the business, boss Elon Musk said at the company annual shareholder meeting last month.

Tesla has deployed 1 GWh of energy storage to date — almost half the 2.3 GWh of stationary storage deployed globally last year.

One GWh is the equivalent of generating 1 billion watts for one hour. Tesla’s first “gigafactory” in Nevada will produce 35 GWh of batteries annually when fully operational — and the company is planning another dozen gigafactories.

Right now Tesla’s car sales ($US2.7 billion for Q1 2018) dwarf its energy business ($US410 million in the same period). But that could change as Tesla works to become a fully-fledged energy company.

“The rate of stationary storage is going to grow exponentially,” Mr Musk said at last month’s shareholder meeting. “For many years to come each incremental year will be about as much as all of the preceding years, which is a crazy, crazy growth rate,” Musk said.

The stationary storage story has so far taken a backseat to electric vehicles. But it could become a major driver of ASX-listed lithium stocks — and drive further interest in other energy storage battery metals such as vanadium and zinc.

France-based management consulting agency Arthur D. Little sees the battery market tipping $US90 billion-plus by 2025, up from $US60 billion in 2015.

An increasing reliance on battery storage for renewable energy is driving “enormous” demand, the firm said in recent research report.

In just the past two years, over $US13.7 billion of battery-related investments and acquisitions have been made.

The Australian government released its “Taking charge: The energy storage opportunity for Australia” report on Friday, which showed that Australia is a leader in energy storage.

“Looking at behind-the-meter, Australia was the biggest residential storage market in the world in 2017, with a tripling of residential storage deployments over the previous year,” said Ravi Manghani, research director for Wood Mackenzie Power and Renewables.

He added that Australia is also turning out to be an important “front-of-the-meter” market.

“The system came online in Q1 2018, and as of now is the largest deployed lithium-ion battery system in the world.”

Before the Labor Party lost the recent election in South Australia it set Australia’s first storage target of 25 per cent of system peak by 2025.

The Victorian government, meanwhile, has launched its own $25 million energy storage initiative and has so far awarded two projects totalling 55MW/80MWh.

“We project that Australia front-of-the-meter storage market will have 2.5GWh of cumulative deployments over the five year period from 2018 to 2025,” Mr Manghani said.

In Europe, the energy storage market grew 49 per cent in 2017 to 589MW of installed capacity.

And the European Association for Storage of Energy predicts the market will grow by a further 85 per cent in 2018 and 2019.

Bloomberg New Energy Finance believes $548 billion will be invested in battery capacity by 2050 – two thirds of that at the grid level and one third installed behind-the-meter by households and businesses.

Chinese car maker BYD is building the world’s largest battery plant in the Qinghai province to increase total production capacity to 60GWh by 2020.

The 24GWh factory is the size of 140 football fields and due for completion in 2019. It is also BYD’s third battery factory in China after Shenzhen and Huizhou.

BYD makes batteries for both energy storage and electric vehicles.

Another driver of energy storage demand could be the electric vehicle sector itself.

Consultant McKinsey & Co suggests stationary battery storage could resolve the issue of a shortage of public, fast-charging infrastructure – which is not yet widely available or profitable.

But there won’t be a ‘god battery’

Arthur D. Little believes that no single battery technology will dominate the industry because each technology has their own limitations.

“Existing technologies, such as lithium-ion batteries, have seen rapid improvements in performance and cost due to a combination of greater economies of scale and research and development,” the firm noted.

“However, there are still burning unmet needs to be solved. Next-generation technologies are required to deliver a step-change in performance of key battery characteristics.”

Arthur D. Little says much of the development in this area is being led by “ambitious start-ups”, working in both the lithium-ion market (such as on silica anodes, solid-state electrolytes and advanced cathodes) and in alternative technologies, such as redox flow and zinc-air batteries.

In mid-2017, researchers from the University of Sydney came up with a process to make a zinc air battery.

Although a zinc air battery is cheaper than a lithium-ion battery it is not as efficient.

Although two-thirds of the ASX’s 100-or-so lithium stocks are ahead for the past 12 months, the majority have lost ground since January.

Anson Resources has lost nearly 40 per cent of its value since the start of the year. On a 12-month basis it jumped 479 per cent.

European Lithium has also been sold down in 2018, with its share price slipping over 15 per cent. This compares to a gain of 349 per cent over the past year.

It’s a better picture for vanadium stocks, however, with Tando Resources adding 211 per cent to its share price since the start of 2018.

The company, which only listed in November last year, announced last Thursday that its newly acquired “SPD” vanadium project in South Africa is showing early similarities to the formerly producing Kennedy’s Vale mine.

Tando reported high grades of over 2 per cent from magnetite pipes that are similar to the magnetite pipe once mined by Xstrata at the Kennedy’s Vale mine.

Australian Vanadium has also witnessed strong investor interest with its shares more than doubling in the past six months.

The company last week released an updated resource of 175.5 million tonnes at 0.77 per cent vanadium pentoxide for its Gabanintha project in Western Australia.

Investor interest in the zinc guys, meanwhile, has been a bit slow to take off.

Junior explorer Auroch Minerals recently found high-grades of up to 28 per cent zinc just from rock chip sampling at its Bonaventura project in South Australia.

While that news spurred its shares on, the company has dipped 12 per cent since January.

There are always exceptions to the rule and Bosnia-focused base metals player Adriatic Metals (ASX:ADT) is one of those.

Adriatic recently made its debut on the ASX and has traded as high as three times its IPO price of 20c.

The company is currently up 115 per cent since it made its debut on May 1.

Adriatic is exploring its Veovaca and Rupice zinc polymetallic projects in Bosnia, where drilling has delivered zinc equivalent grades of as high as 30 per cent.