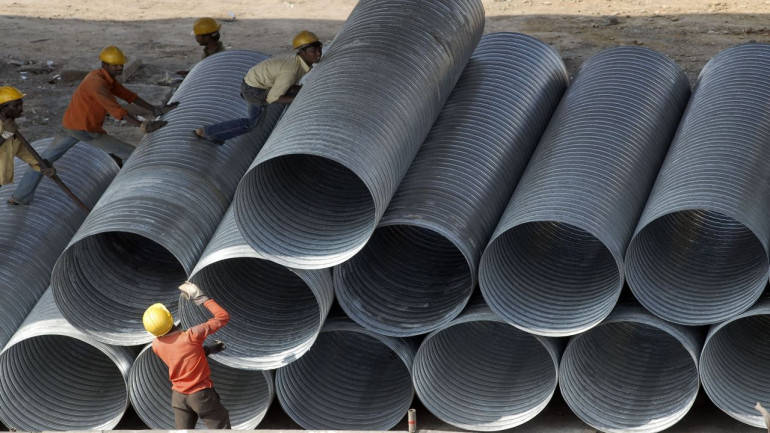 India’s crude steel output grew six per cent to 26 million tonne (MT) in the first quarter of the ongoing financial year, according to official data. The country had produced 24.5 MT of crude steel during April-June, 2017-18, the Joint Plant Committee (JPC) said in its latest report.

The JPC, under Ministry of Steel, collects and maintains data on the domestic iron and steel sector.

“During April-June, crude steel production was 26.08 MT (provisional), a growth of 6.2 per cent over same period of last year,” the report said.

During the reported quarter, the output of hot metal was at 17.88 MT as compared to 16.10 MT during the year-ago period, an increase of 11 per cent.

According to World Steel Organisation (worldsteel), India outstripped Japan to become the second largest steel producer as its steel output grew 3.43 per cent to 8.43 MT in February against 8.29 MT of the latter.

India has set a target of producing 300 MT crude steel by 2030 with an investment of Rs 10 lakh crore.