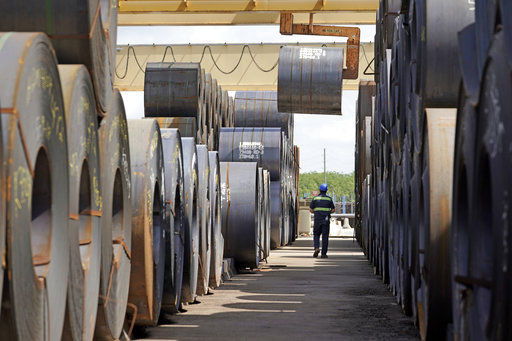 The United States made 7.1 million tons of steel in May, a 3 percent year-over-year increase.

China again made more than 10 times as much steel as the United States in May, according to the World Steel Association. It produced 81.1 million tons of steel that month, an 8.9 percent year-over-year jump.

The United States also was eclipsed in steel production in March by India, which produced 8.8 million tons, and Japan, which made 9.1 million tons.

Steel output fell by 6.5 percent in France and 8.6 percent in Brazil in May.