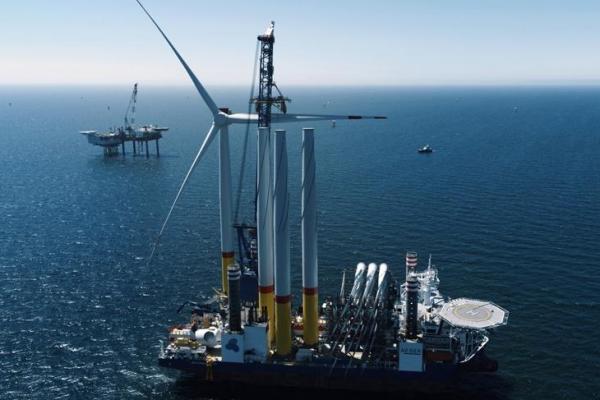 German energy company E.ON said Thursday the start of turbine installation at the Arkona wind farm in the Baltic Sea sets the clock ticking for a 2019 launch.

The company said it started installing the first of the 60 turbines planned for the 385 megawatt facility in the German waters of the Baltic Sea. Once completed, Arkona will have enough power to meet the annual power demand of around 400,000 average households.

“We are confident that we will soon be producing clean and sustainable electricity with the first turbines,” Holger Matthiesen, the facility’s project director, said in a statement.

The transformer station for the Arkona wind farm was installed on its foundation in April. It represented one of the largest lift projects of its kind in the industry at more than 5,000 tons. Each turbine weighs about 1,000 tons.

E.ON and Norwegian energy major Equinor, which changed its name from Statoil this year to reflect low-carbon trends, are working together on the installations necessary to get Arkona up and running by early 2019. For its part, Equinor last week connected a 1 megawatt Lithium battery storage system for its Hywind wind farm off the Scottish coast, marking its early start into battery storage for wind power.

E.ON is retooling its portfolio in the German energy market as the country charts a path to become a regional leader in renewable energy development. Wind power represents the largest component of Germany’s renewable energy sector.

Compared with conventional energy, Arkona could save up to 1.2 million tons of carbon dioxide, a potent greenhouse gas, per year.

The joint effort from E.ON and Equinor represents a $1.4 billion investment.