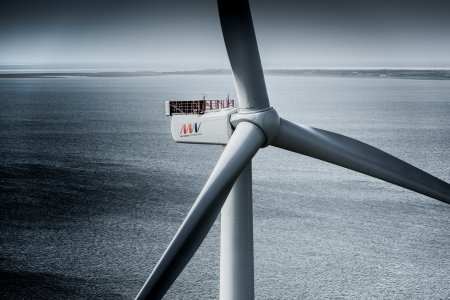 MHI Vestas Offshore Wind is celebrating another milestone for its flagship V164 turbine platform: the 9.5-MW model has received its Rotor-Nacelle-Assembly component certificate. This final certification was received one year after MHI Vestas announced the massive turbine to the market, moving the industry one step closer to double-digit MW turbines in the water.

“This is the culmination of years of hard work and is something we are extremely proud of,” said MHI Vestas Chief Technology Officer, Torben Larsen. “The type certificate provides our customers with the certainty and assurance that the 9.5-MW turbine will deliver on its promise.”

The announcement speaks to the industry’s need for cost-effective power upgrades. Since the V164 was launched, MHI Vestas has uprated nominal power from 8.0 to 9.0 MW, and now to 9.5 MW – all with minimal design modifications.

“From the very beginning, we designed the V164 with reliability and cost-efficiency in mind,” said Senior Product Manager, Anders Bach Andersen. “We’ve managed to increase power output 20% without materially affecting cost. For today’s offshore wind customers, it’s more critical than ever that nominal power can substantively increase without a major re-design of the turbine platform.”

The news of the final certification comes on the heels of several turbine announcements made by MHI Vestas recently, including the launch of the MVOW SMART Turbine product portfolio – a suite of four advanced technology solutions aiming to optimize a customer’s business case during design, operations and maintenance.