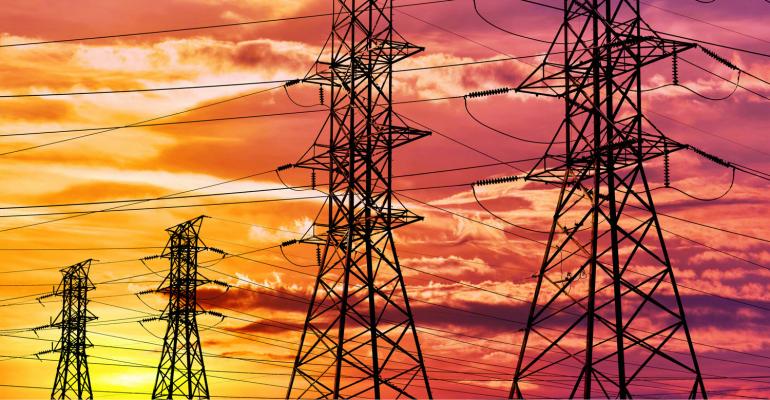 ARPA-E is looking for technologies that provide long-term energy storage and those that can store renewable energy for use at any location on the grid for less than $100/kWh.

ARPA-E recently announced up to $30 million in funding for projects as part of a new ARPA-E program: Duration Addition to electricitY Storage (DAYS). DAYS project teams will build innovative technologies to enable long-duration energy storage on the power grid, providing reliable electricity for 10 to approximately 100 hours.

Energy storage will play an increasingly critical role in the resilient grid of the future. Storage systems provide important services, including improved grid stability, backup power, and allowing for greater integration of renewable resources. Today’s dominant storage options have limitations that inhibit their use as long-duration solutions, particularly their high cost.

DAYS teams will develop energy storage systems that are deployable in almost any location and discharge electricity at a per-cycle cost target much lower than what’s possible in systems available today.

The funding opportunity is open to a range of storage technology choices, including thermal, mechanical, electrochemical, chemical, and others. Driving the challenge are an aggressive set of cost targets, siting, power output, and duty-cycle requirements.

A summary of the DAYS program can be found here. Additional information, including the full FOA, is available on ARPA-E’s online application portal, ARPA-E eXCHANGE.

Prior to the DAYS program ARPA-E set up the GRIDS program for “Grid-Scale Rampable Intermittent Dispatchable Storage.” Its goal was to develop storage technologies that can store renewable energy for use at any location on the grid at an investment cost less than $100 per kilowatt-hour. Flexible, large-scale storage would create a stronger and more robust electric grid by enabling renewables to contribute to reliable power generation. The table lists the companies in the GRIDS program as well as its project descriptions.

With the U.S. generating capacity of 1,100 GW delivering roughly 4.1 million GWh per year, the electric grid is a critical resource that provides 30% of all energy consumed by American homes and businesses. However, our current electric-generation system depends heavily on fossil fuels. Today, nearly 70% of U.S. electricity is made from coal or natural gas, and electricity generation accounts for over 40% of U.S. CO2 emissions.

Addressing the problem of climate change and energy independence will require increased use of low-carbon emitting electric generation, including renewable generation from solar and wind, as well as enhancements in the efficiency and reliability of U.S. electric power distribution.

A key characteristic of renewable energy generation sources is their variability. Figure 1 illustrates the strong variability of power output that occurs from intermittent renewable energy sources (both solar and wind) on the minutes-to-one-hour time scale, with intermittent power changes of over 80%. The grid-power-level deviation spectrum shows over/under variations between generation and transmission dispatch power levels.

1. Intermittency can limit the dispatchability of renewable generation due to weather-related variations in solar (a) and wind generation (b). A power spectrum (c) shows the frequency of grid deviation between generation and load.

Fig. 1 shows the intermittency within a day with durations of minutes to hours and variation of >80% in power output over these time scales limits the dispatchability of renewable generation due to weather-related variations in solar (a) and wind generation (b). Particularly for wind generation, the rate of change for power (“ramp”) is a critical issue for balancing power systems, with high rates of change (MW/min), needing energy storage support for minutes-to-hours, (shown as the dashed line on Fig. 1b). A power spectrum (c) shows the frequency of grid deviation between generation and load in the minutes-to-hours and hours-to-days timeframe on the grid. Added frequency and voltage regulation on the seconds-to-minutes timescale is done with grid ancillary services.

Storage capabilities are needed to transform renewable resources into predictable and dispatchable firm power on the grid to enable a simultaneously low-carbon and high-reliability grid. In the absence of such storage, variations between generation and load are met through the purchase or sale of electricity at economically unfavorable prices, often from carbon emitting sources.

Yi Cui, a professor of materials science at Stanford and the senior author of an April 30 paper in Nature Energy, said manganese-hydrogen battery technology could be one of the missing pieces in the nation’s energy puzzle. It could offer a way to store unpredictable wind or solar energy, and in turn lessen the need to burn reliable but carbon-emitting fossil fuels when renewable sources aren’t available.

The prototype manganese-hydrogen battery stands just three inches tall and generates a mere 20 mW-hours of electricity, which is on par with the energy levels of LED flashlights that hang on a key ring. Despite the prototype’s diminutive output, the researchers are confident they can scale up this table-top technology to an industrial-grade system that could charge and recharge up to 10,000 times, creating a grid-scale battery with a useful lifespan well in excess of a decade.

“What we’ve done is thrown a special salt into water, dropped in an electrode, and created a reversible chemical reaction that stores electrons in the form of hydrogen gas,” said Cui.

The team that dreamed up the concept and built the prototype was led by Wei Chen, a postdoctoral scholar in Cui’s lab (Fig. 2). In essence, the researchers coaxed a reversible electron-exchange between water and manganese sulfate, a cheap, abundant industrial salt used to make dry-cell batteries, fertilizers, paper and other products

2. Postdoctoral scholar Wei Chen holds a prototype of what could one day be a massive battery designed to store solar and wind energy thanks to a water-based chemical reaction developed in the lab of Stanford materials scientist Yi Cui. (Credit: Jinwei Xu)

To mimic how a wind or solar source might feed power into the battery, the researchers attached a power source to the prototype. The electrons flowing in reacted with the manganese sulfate dissolved in the water to leave particles of manganese dioxide clinging to the electrodes. Excess electrons bubbled off as hydrogen gas, thus storing that energy for future use. Engineers know how to recreate electricity from the energy stored in hydrogen gas, so the important next step was to prove that the water-based battery can be recharged.

The researchers did this by reattaching their power source to the depleted prototype—this time with the goal of inducing the manganese-dioxide particles clinging to the electrode to combine with water, replenishing the manganese sulfate salt. Once this salt was restored, incoming electrons became surplus, and excess power could bubble off as hydrogen gas, in a process that can be repeated again and again.

Cui estimated that, given the water-based battery’s expected lifespan, it would cost a penny to store enough electricity to power a 100-W lightbulb for 12 hours.

“We believe this prototype technology will be able to meet Department of Energy goals for utility-scale electrical storage practicality,” said Cui.

The Department of Energy (DOE) has recommended batteries for grid-scale storage should store and then discharge at least 20 kW of power over a period of an hour, be capable of at least 5,000 recharges, and have a useful lifespan of 10 years or more. To make it practical, such a battery system should cost $2,000 or less, or $100 per kWh.

Former DOE secretary and Nobel laureate Steven Chu, now a professor at Stanford, has a longstanding interest in encouraging technologies to help the nation transition to renewable energy.

“While the precise materials and design still need development, this prototype demonstrates the type of science and engineering that suggest new ways to achieve low-cost, long-lasting, utility-scale batteries,” said Chu, who was not a member of the research team.

Shifting Away from Carbon

According to DOE estimates, about 70% of U.S. electricity is generated by coal or natural gas plants, which account for 40% of carbon-dioxide emissions. Shifting to wind and solar generation is one way to reduce those emissions. But that creates new challenges involving the variability of the power supply. Most obviously, the sun only shines by day and, sometimes, the wind doesn’t blow.

However, another less well-understood but important form of variability comes from surges of demand on the grid—that network of high-tension wires that distributes electricity over regions and ultimately to homes. On a hot day, when people come home from work and crank up the air conditioning, utilities must have load-balancing strategies to meet peak demand—some way to boost power generation within minutes to avoid brownouts or blackouts that might otherwise bring down the grid.

Today, utilities often accomplish this by firing up on-demand or “dispatchable” power plants that may lie idle much of the day but can come online within minutes, thus producing quick energy, but boosting carbon emissions. Some utilities have developed short-term load balancing that doesn’t rely on fossil-fuel burning plants.

The most common and cost-effective such strategy is pumped hydroelectric storage. It uses excess power to send water uphill, then lets it flow back down to generate energy during peak demand. However, hydroelectric storage only works in regions with adequate water and space. Therefore, to make wind and solar more useful, DOE has encouraged high-capacity batteries as an alternative.

Cui said several types of rechargeable battery technologies are on the market. It isn’t clear, though, which approaches will meet DOE requirements and prove their practicality to the utilities, regulators, and other stakeholders who maintain the nation’s electrical grid.

For instance, Cui said rechargeable lithium-ion batteries, which store the small amounts of energy needed to run phones and laptops, are based on rare materials and thus too pricey to store power for a neighborhood or city. Cui said grid-scale storage requires a low-cost, high-capacity, rechargeable battery. The manganese-hydrogen process seems promising.

“Other rechargeable battery technologies are easily more than five times of that cost over the lifetime,” added Cui.

“The breakthrough we report in Nature Energy has the potential to meet DOE’s grid-scale criteria,” said Chen.

The prototype needs development work to prove itself. For one thing, it uses platinum as a catalyst to spur the crucial chemical reactions at the electrode that make the recharge process efficient, and the cost of that component would be prohibitive for large-scale deployment. But Chen said the team is already working on cheaper ways to coax the manganese sulfate and water to perform the reversible electron exchange. “We have identified catalysts that could bring us below the $100-per-kilowatt-hour DOE target,” he said.

The researchers reported doing 10,000 recharges of the prototypes, which is twice the DOE requirements, but said it will be necessary to test the manganese-hydrogen battery under actual electric-grid storage conditions in order to truly assess its lifetime performance and cost.

Cui said he has sought to patent the process through the Stanford Office of Technology Licensing and plans to form a company to commercialize the system.

Yi Cui is also a professor in the Photon Science Directorate at SLAC National Accelerator Laboratory, a senior fellow of the Precourt Institute for Energy, and a member of Stanford Bio-X and the Stanford Neurosciences Institute. Additional co-authors include Guodong Li, a visiting scholar in materials science and engineering who is now with the Chinese Academy of Sciences; postdoctoral scholars Hongxia Wang, Jiayu Wan, Lei Liao, Guangxu Chen, and Jiangyan Wang; visiting scholar Hao Zhang; and graduate students Zheng Liang, Yuzhang Li, and Allen Pei. This work was funded by the DOE.