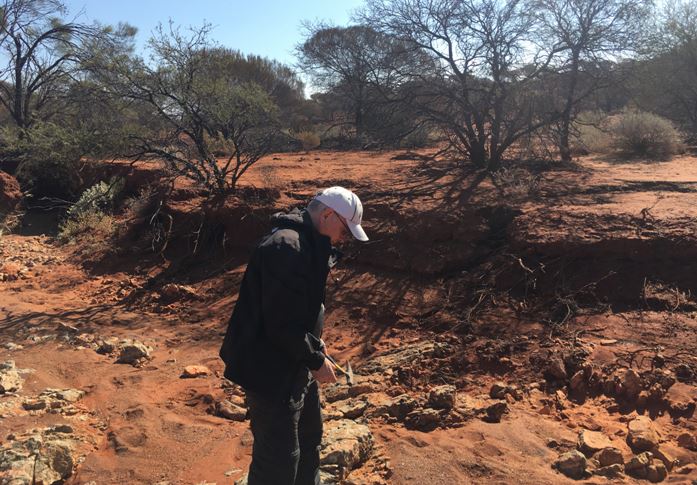 It is widely predicted that electric vehicles – EVs – are the transportation solution of the future. Around the globe in China, Europe and North America, consumers are turning to electric vehicles as an alternative to traditional Internal Combustion Engine Vehicles, often referred to as ICE vehicles. In China it is happening because the government is mandating the switch, primarily to fight air pollution. In Europe, electric vehicle technology is being promoted as an alternative to diesel engines, a uniquely European solution to economical transport, which has become unpopular due to the emissions cheating scandal known as Dieselgate. In North America, electric vehicle adoption is seen as trendy and “green” epitomized by the popularity of Tesla’s all electric models.

The timing and magnitude of EV adoption may well be determined by the availability and cost of a key battery metal which goes into all modern smartphones and all premium electric vehicles, cobalt. Though lithium ion batteries carry the name “lithium” in EV batteries, other elements including nickel, cobalt, manganese and carbon in the form of graphite are more important in terms of the amounts used in the batteries and the value of these inputs.

This leads to the ‘Cobalt Conundrum’ – a term I have coined to refer to the three problems which are a barrier to cobalt being used widely in EVs. Two of the factors are well known and one is virtually never discussed. It is this third factor, which I call Cobalt’s Dirty Secret which I wish to highlight and follow up with a proposed solution to the problem.

The three confounding facts about cobalt supply are:

It is a by-product market. A total of 98% of cobalt is a by-product of copper and nickel mining. If demand picks up for cobalt with nickel and copper markets being weak, as they are now, there may be little cobalt supply response.

Cobalt minerals are toxic and commonly occur with other toxic and radioactive minerals. This is Cobalt’s Dirty Secret.

However, according to Wikipedia, the three common ore minerals of cobalt, namely cobaltite, skutterudite and glaucodot contain as much arsenic as cobalt, see the following information on cobalt’s common ore forming minerals from Wikipedia: The main ores of cobalt are cobaltite, erythrite, glaucodot and skutterudite. Cobalt in compound form occurs in copper and nickel minerals. It is the major metallic component that combines with sulfur and arsenic in the sulfidic cobaltite (CoAsS), safflorite (CoAs2), glaucodot ((CoFe)AsS), and skutterudite (CoAs3) minerals. When it reaches the atmosphere, weathering occurs; the sulfide minerals oxidize and form pink erythrite (cobalt glance: Co3(AsO4)2·8H2O) and spherocobaltite (CoCO3).

The main point of this information is that, based on the chemical formulas of these minerals, arsenic is present in the same amount as cobalt, or two to three times as much as the contained cobalt. Arsenic is a deadly poison, is soluble in ground water with acid mine drainage, and is a carcinogen.

That is only part of the environmental hazard of cobalt ores because cobalt often occurs with uranium, an unstable radioactive element, which breaks down into many other poisonous elements such as radium and radon.

The toxic association is widely downplayed by mining companies in the cobalt business. Do we need to mine toxic ores to produce the cobalt needed to produce EV batteries? No.

There is another class of ores which may provide the cobalt needed to meet growing demand for cobalt, residual oxide ores. In the deep Pacific Ocean, as we speak, nodules of manganese are quietly growing and pulling cobalt out of seawater, without the nasty elements mentioned above. Unfortunately, these deposits are many kilometers below the surface of the ocean making them difficult to exploit. However the nodules provide a clue to the fact that manganese can act as a sponge and concentrate cobalt.

Manganese can do this in a number of styles of deposits which are not currently being exploited. Manganese residual deposits containing cobalt exist at surface in Australia and elsewhere, but not in Canada. Most of the deposits found there have not yet been drilled or developed. That is why BlueBird Battery Metals Inc. [BATT-TSXV; BBBMF-OTC] is exploring cobalt-manganese deposits in Australia.

Bluebird Battery Metals has a strategy of acquiring and developing critical battery metals from deposits located in politically safe jurisdictions, which have the potential for low cost, near term production with minimal environmental impact. Its portfolio includes the Canegrass Nickel Cobalt property and the Ashburton cobalt-manganese project, both in Western Australia, the Sandy Point cobalt-manganese project in New South Wales, Australia and the Batt cobalt-copper project in Yukon, Canada. Over the next year Bluebird will continue to review and acquire properties that meet these criteria, and move these projects towards development.