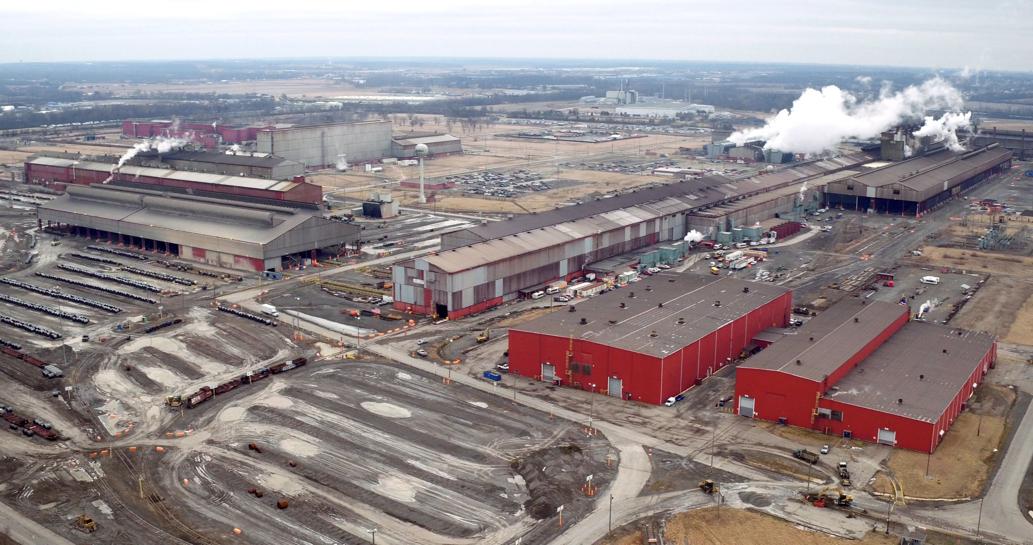 New tariffs expected to create up to 26,000 jobs, but are likely to raise prices on cars, motorcycles, appliances and other items.

The new tariffs imposed on steel imports from Canada, Mexico and the European Union will boost hiring by the nation’s steel producers, but analysts doubt that the duties will dramatically revive an industry that once dominated the world.

Steel executives Roger Newport of AK Steel in Middletown and Tim Timken at Timken Steel in Canton have told financial analysts President Donald Trump’s decision to levy the 25 percent tariffs on steel imports are wiping away years of what they argue were unfair trading practices from foreign producers.

They have aimed much of their anger toward China, which does not export much steel to the United States. But they complain China has flooded the world market with excess steel tonnage and driven down the price of steel to the point where domestic producers have difficulty making money.

Jobs may go up, as well as prices

But while the tariffs may create as many as 26,000 new jobs in the steel and aluminum industry, few independent analysts believe the duties will return the Ohio steel industry back to the “time of Ozzie and Harriet,” said Ned Hill, a professor of economics at Ohio State University.

The tariffs are expected to lead to predictable consequences, including higher consumer prices for cars, trucks, and washing machines which use steel, and job loss in industries which buy steel. Critics point to 2002 when President George W. Bush’s steel tariffs cost tens of thousands of jobs in other industries and hammered ports such as New Orleans which receive shipments of imported steel.

“The downstream costs are what’s going to mess up” Midwest states such as Ohio, said Laura Baughman, president of the Trade Partnership in Washington.

The administration then said on July 6 it would levy a 25 percent tariff on $34 billion worth of Chinese imports, prompting China to vow to match those tariffs on the same amount of U.S. exports.

“A tariff is nothing but a tax on consumers and it gets passed along,” Hill said.

Not only has Harley Davidson planned to shift production from the United States to evade the European Union’s retaliation against Trump’s tariffs, but Ohio soybean farmers will have a more difficult time selling their products to China.

On Sunday, Canada retaliated with $12.6 billion of tariffs on U.S. exports, including steel, aluminum, motorboats, yogurt and bourbon.

Employment in the steel industry has plummeted from 216,000 jobs in 1998 to 139,800 in 2016. Since 2000, the nation has lost 25 percent of the basic oxygen furnace facilities, including RG Steel plants in Steubenville and Warren, and the Republican Steel plant in Lorain, although the latter is scheduled to resume some production in September.

At a Senate hearing last month, Sen. Sherrod Brown, D-Ohio, said “we know the culprit behind these layoffs” at RG Steel and Republic Steel in Lorain “is global steel overcapacity which started as a singularly Chinese problem but has infected the global market as other countries have followed their lead with state supported steel companies.”

Brown said he opposes the steel tariffs imposed on Canada, Mexico and the EU, but last week he blocked a Senate Republican measure that would have scrapped the duties. Brown said he opposed the GOP bill because it would eliminate the Chinese tariffs and undercut the Trump administration’s efforts to negotiate a revised North American Free Trade Agreement.

During a conference call with financial analysts in April, Tim Timken, chairman of chief executive officer of Timken Steel said “the announced tariffs will begin to level the playing field in the interest of fair trade and preservation of our national security.”

But economists and financial analysts say the decline in jobs and steel plants is caused by a broad range of factors such as a strong dollar, failure of the integrated steel mills to compete with mini mills such as Nucor, dramatic productivity gains in the industry, a decline in domestic demand for steel, and the brutal recessions of 1982 and 2008.

“When the plants started closing here in the 1980s, you could explain about half of those closures by foreign competition and half by domestic competition,” said Frank Giarratani, professor emeritus of economics at the University of Pittsburgh.

Total domestic demand for U.S. steel, according to the Commerce Department, averaged 105 million metric tons annually from 2011 through 2016 with domestic producers providing at least 70 percent of that demand.

Creating a demand for U.S. steel

Critics argue that rather than tariffs, the federal government would have been wiser to stimulate demand for steel by spending hundreds of millions of dollars on new roads, bridges and mass transit.

“If there had been infrastructure bill, there would have been demand,” Hill said, adding that the postwar “world is not going to come back because the steel mills in the Ohio valley were there to make ships to save us from Hitler, build the interstate supply system and (supply) steel for skyscrapers. Well that demand is gone.”

In addition, the 1982 and 2008 recessions dealt a blow to the steel industry. The Commerce Department reported net income for U.S. steel companies rose steadily from 2004 through 2008 before the recession of 2008 transformed those profits into major annual losses.

“When mini-mills came in, which were non-union, they were able to build a mill with 330 people while an integrated steel union might have had 2000,” said Charles Bradford, president of Bradford Research in New York.

Bradford said the mini-mills still produce more steel per worker than the integrated mills, but Baughman said larger companies have dramatically improved their productivity, adding “we are producing much more steel output per worker than we did in the 1950s,” with some studies showing it took 10 man hours in 1980 to produce a ton of steel compared to just one today.

The intense competition from abroad also has had an impact. China, Germany, Japan and South Korea emerged from the wreckage of World War II and the Korean War to create vibrant modern economies.

“In the 2000s, one factor stands out it is China,” Giarratani said. “In 2003, China was a really small player on the world market. It produced small amount of steel and the steel it produced was bad. The national government made a decision to modernize and expand its factories. Today, China alone accounts for more than 50 percent of world steel capacity and world streel production.”

“U.S. manufacturers have to compete with that world price and that price is very low and below a level where they can operate profitably,” Giarratani said.