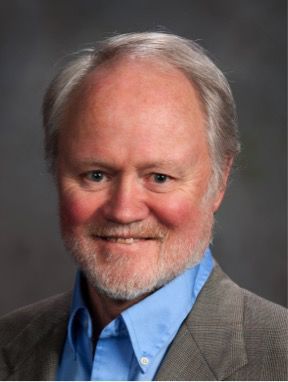 Randolph is a retired Virginia Tech professor and former Director of the Virginia Center for Coal and Energy Research.

The enthusiasm of our transition to clean energy has targeted the falling cost and growth of renewable sources. Solar and wind provided 60 percent of new electricity generating capacity built in the last six years in the U.S., and renewable electricity grew from 15 percent of total generation in 2016 to 18 percent in 2017. Still all renewable energy provided just 11.4 percent of U.S. total energy. Fossil fuels provided 80 percent.

The key to clean energy is improving the efficiency of energy use, and it is happening. Most don’t realize that in 2017, U.S. total energy consumption was the same as in 2000, despite a 15 percent increase in population and a 36 percent growth of the economy. Total electricity consumption was less in 2017 than in 2005. Each of us on average is using 15 percent less energy than in 2000. We are doing more with less energy due to improving efficiency and a less-energy-intensive economy.

And we have just begun. We are on a path to major improvements in energy efficiency in the U.S. and worldwide. Here are some examples.

Buildings consume more than 40 percent of global and U.S. energy. Energy efficiency improvements have been spurred by technology and policy. Most state building codes are based on the model codes for new residential and commercial buildings; they are upgraded every 3 years. Current model codes are 32-45 percent more efficient than 2006 versions. Virginia adopted IECC’s 2015 model code in March. Many states have gone further. California’s code requires new residential buildings to be zero net energy (ZNE) by 2020 and new commercial by 2030. Achieving ZNE requires high efficiency of the thermal envelope, HVAC system, appliances, and lighting; and a solar array to provide needed net energy over the year. The European Union requires “near ZNE” in new construction by 2020.

ZNE can be done affordably — and locally. In 2015 in Blacksburg, Community Housing Partners built four affordable senior-housing 2-bedroom duplexes that were certified ZNE after their first year. Rents are $740 per month including all utilities.

Existing buildings need energy efficiency retrofits. The federally funded, locally implemented Weatherization Assistance Program provides low-income-home retrofits that can reduce energy and costs by 20-25 percent and improve health and safety. Virginia’s WAP has retrofitted 10,000 low-income households in the last decade. Prompted by state governments, utilities are playing an increasing role in energy retrofits, investing $7.7 billion in efficiency nationwide in 2016. Virginia utilities are just getting started and have a ways to go: the state ranks tied for 47th in utility efficiency programs. But the new omnibus bill passed by the General Assembly increases Dominion’s and APCO’s investments in efficiency over the next decade.

Vehicle efficiency is also affected by improved technologies and government policies. In 2014, new light-duty vehicles (cars, SUVs, pick-ups) sold in the U.S. averaged 31 mpg, up from 25 mpg in 2004. Federal fleet standards increase to 36 mpg in 2018, 40 mpg in 2021, and 49 mpg in 2025. Manufacturers should not have trouble meeting these standards with the expected rise in electric-drive vehicles, which today have 100-130 mpg equivalent efficiency. Cumulative U.S. sales of all electric and plug-in hybrid vehicles grew from zero in 2010 to 780,000 in 2018; these plug-ins accounted for 5 percent of U.S. car sales in December 2017. Bloomberg projects that by 2040 electric vehicle sales will grow to 54 percent of the global market and 33% of vehicles on the road. This may be conservative, since France, the United Kingdom, Norway, China, and other countries are banning sales of internal combustion engine vehicles in the next decade or two.

LED lighting has moved from nothing in 2008 to market driver today. Growth is expected to increase as a result of price reductions and inherent benefits of LED: high efficiency, quality light, long life. The DOE-projected annual U.S. electricity savings from LED lighting in 2030 is equivalent to 20 million households’ electricity use. Wow.

Motors, electronics, and appliances have achieved much higher efficiency due to government standards, usually without an increase in cost. For example, new refrigerators on-average in 2014 compared to 2000 were bigger and cheaper but used half the energy. ACEEE estimates that standards in place in 2012 will save consumers a cumulative $1.1 trillion in energy costs by 2030.

The International Energy Agency estimates only about one-quarter of the cost-effective potential for energy efficiency has been realized. Although the U.S. is making progress, it ranks only eighth out of 16 ranked nations in the 2016 International Energy Efficiency Ranking, well behind #1 Germany and other developed countries, but also behind China (#6). Energy efficiency provides a huge opportunity for saving money and reducing the adverse economic, public health, and environmental impacts of fossil fuels.