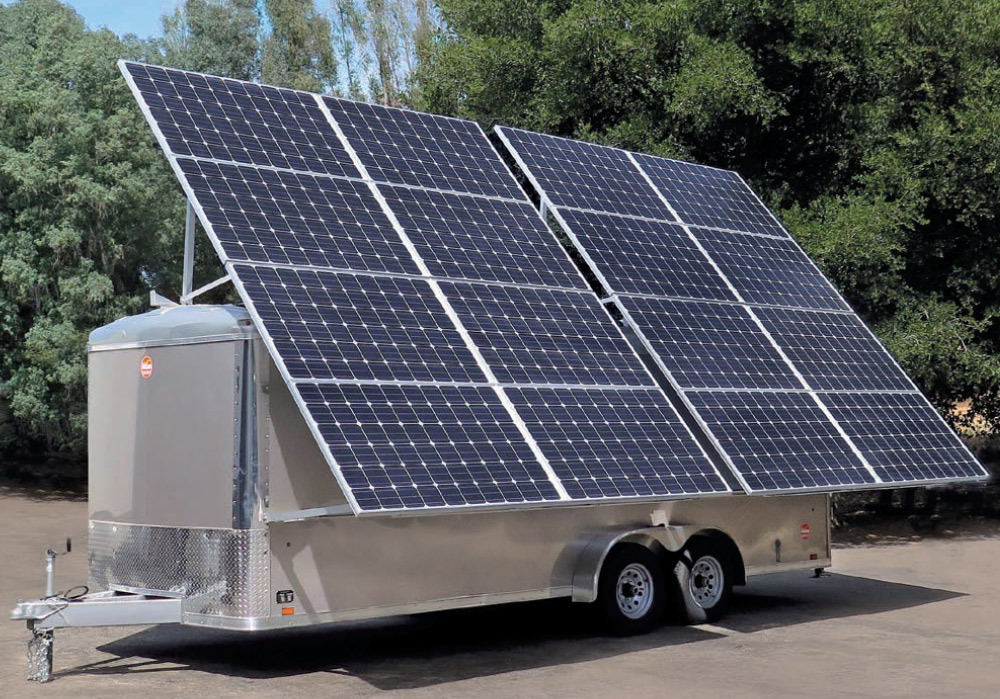 More than nine months after Hurricane Maria devastated Puerto Rico, parts of the island still have no power.

“PV Squared” in Greenfield is building solar-powered trailers, to provide access to power and water for people in Puerto Rico.

On September 20, 2017, Hurricane Maria devastated Puerto Rico, leaving most of the island in the dark.

Nine months later, thousands of residents are still without power.

PV Squared in Greenfield is building solar-powered trailers for Puerto Rico, and local residents are helping to assemble them.

“We’ve been reaching out to people in the community for volunteer effort to help us construct the trailers and ultimately send them to Puerto Rico,” said PV Squared Marketing Coordinator, Anna Mannello.

When the trailers are completed, Puerto Rico residents will have access to both power and clean water.

Each trailer comes equipped with solar panels on the roof, lockers with power outlets, and a water-filling station.

PV Squared is building 10 solar-powered trailers initially, but their goal is 100.

“This is probably a more robust solution that a lot of whats out there,” said PV Squared Co-Owner Andy Toomajian. “A lot of work went into the design up front in terms of building something that could provide what people needed and what also would be durable.”

Each trailer costs between $10,000 to $15,000 to build, and they’re counting on donations to help fund the construction.

PV Squared is looking for volunteers to help them build their trailers over the next two Saturdays.