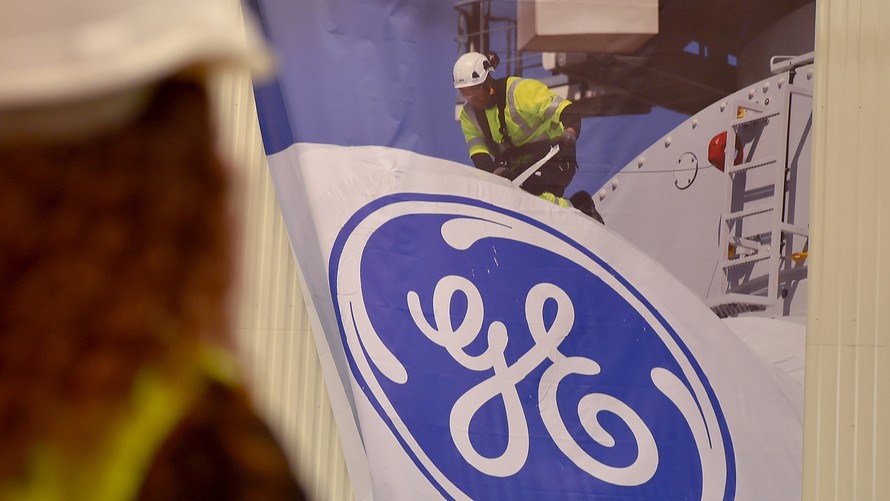 Shares of General Electric Co. soared toward their biggest gain in three years, but credit rating agencies lacked the enthusiasm of equity investors, as GE’s credit is now unanimously at threat of downgrades following the company’s plan to spin off GE Healthcare.

The stock GE, +7.76% shot up 8.8% in afternoon trade Tuesday, to pace the gainers within the S&P 500 index. Tuesday marked the first day since November 1907 that the stock wasn’t a Dow Jones Industrial Average DJIA, +0.12% component.

Trading volume spiked to over 178 million shares, closing in on triple the full-day average of about 66 million shares. The stock’s one-day percentage gain would be the biggest since it rocketed 11% on April 10, 2015, when GE had announced plans to exit the banking business and return more than $90 billion to shareholders.

S&P put GE’s A rating on CreditWatch negative. The credit rating agency said it expects to downgrade the rating one notch to “A-” when the spinoff is complete, which is estimated to be in 12-to-18 months. That would leave S&P’s rating for GE just four notches above speculative, or “junk,” territory.

“The rationale for a downgrade would incorporate reduced industrial diversity and potentially more volatile profitability and cash flow, but still well-positioned aviation and power and renewables segments and improved financial risk metrics with leverage sustained below 3X,” S&P said in a statement.

GE said Tuesday as part of its strategic review that it is targeting net debt-to-EBITDA (earnings before interest, taxes, depreciation and amortization) of less than 2.5X and a long-term A credit rating.

S&P said an affirmation of the “A” rating is possible, if debt is lowered even more than currently expected or cash balances are higher, with leverage declining to below 2X.

Also on Tuesday, Moody’s Investors Service reiterated its A2 rating, which is currently five notches above junk. Moody’s also affirmed its negative outlook, saying earnings and cash flow are expected to remain weak through 2019 and into 2020. Separating its healthcare business and unloading its stake in oil-services company Baker Hughes, a GE Co., is not enough to improve the ratings outlook.

“A ratings upgrade is unlikely given the current weakness in earnings and cash flow, and change to a stable outlook would require a return to revenue growth and margin improvement in GE’s power segment, and the resumption of strong free cash flow generated by both the power and aviation businesses,” Moody’s said in its ratings action.

Fitch Ratings kept its rating at A—5 notches above junk—and its outlook at negative, which considers risks around the pace at which GE returns to stronger free cash flow, pricing pressure in GE’s renewables energy segment, loss of earnings and cash flow from asset dispositions and the effectiveness of restructuring in its power business.