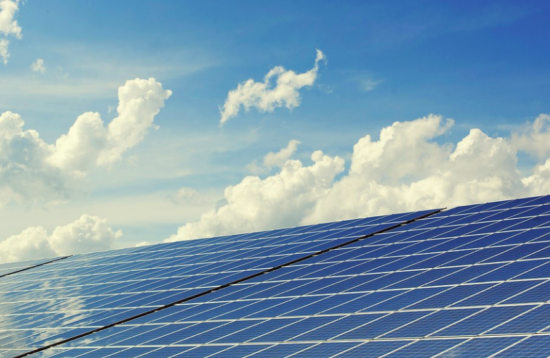 The Solar Renters program was recently launched in Moreland, Australia, by SunTenants and the Moreland Energy Foundation. Through it, both renters and landlords could enjoy the benefits of solar power. Renters could have lower utility bills and landlords may receive subsidies and have the ability to charge more for rents. Initially, 10 households will participate in the program to test it.

“Moreland has a growing number of renters who until now have faced a major barrier to accessing solar power. By launching our Solar for Renters pilot program we hope to identify an effective mechanism to unlock solar on rental properties,” explained Alison Rowe, CEO of Moreland Energy Foundation.

Rooftop solar installations will cost between $4,700 and $7,000 during the trial. Reportedly, return-on-investment for landlords on solar power there is about 10%. Tenants who use solar power and feed excess electricity back to the grid could earn credits on their utility bills.

Because renters don’t own the properties they live in, they can’t have their own solar power systems installed, so they miss out on the benefits of having solar power. Providing a joint solar power program allows them to do this and creates potential benefits for landlords while reducing carbon emissions from fossil fuels.

About 38% of the homes in Moreland are rentals, which means that nearly 40% of them don’t have solar power access the same way non-rentals do. (Moreland has a population of about 170,000.) According to Energy Matters, the average Moreland solar panel system size is about 3.18 kW.

Many renters don’t have as much money as homeowners, so even if it was possible to place solar systems on the roofs or their buildings, they are locked out of solar power benefits. Some renters are also trying to save money for a down payment on a home. Making solar power available to them could generate some extra savings to help them with this endeavor.

Having the solar power option present for renters and landlords could be described as a ‘win-win’, but it actually is a triple win because the environment benefits too.

The Moreland Energy Foundation is a non-profit organization established in 2000 to focus on solving climate change problems and working to develop more clean energy.

SunTenants is a social enterprise founded by Dr. Bjorn Stormberg to help Australian renters and landlords obtain rooftop solar power. He answered some questions for this article.

1. How did the idea to help renters get solar power come to you?

For me, the sun powered rental journey began while I was living in a student housing co-operative in Sydney. I would spend all day doing research on improving the efficiency of solar cells and then I would come home to a building with a huge sunny roof but that conventional wisdom said couldn’t access cheap clean solar power because we were renting. This was pretty infuriating, so in my last summer of living there I teamed up with a fellow resident and took matters into our own hands.

2. How did you take the idea and make it a reality?

We started with one building that had a unique advantage. This is that the tenants (my mate and I included) are also quasi-landlords through our membership in the co-operative. This made it easy for everyone to see how solar would be a win-win: it would improve the financial viability of the co-op with increased revenue, while also saving tenants money. The project itself, code-named The Stucco Solar + Storage Project ended up taking 18 months and a fair amount of blood sweat and tears (literally) to get through a mountain of regulations (there were also disadvantages to the building including being heritage listed and an apartment). But in the end we succeeded, installing a solar and battery storage system that has halved tenants energy bills while providing the co-op with a double-digit rate of return.

Following the success of the Stucco project I was awarded an Innovation Fellowship from the Myer Foundation that supported me in setting up SunTenants as a social enterprise to unlock solar for all Australian rentals. SunTenants has tested two arrangements in pilots: one where landlords sell solar power to tenants and a second where the value of solar systems is reflected in the rent. The second of these was found to be vastly preferable for its elegant simplicity. Owners, tenants, and property managers all understand how a rent increase of $10/week is fair when SunTenants’ monitoring shows that the solar system is saving tenants $15/week, and no one likes additional contracts or bills! SunTenants is now expanding with installs currently underway in most states.

3. What were some of the obstacles you faced early on and how did you overcome them?

The most commonly referenced barrier facing solar on rental properties is the split-incentive where owners have to pay for full cost of installing solar systems, but it is exclusively the tenants that benefit from the generated solar power. While this is true, the same can be said for any feature of a rental property: owners similarly get no enjoyment out of a new air-conditioner or kitchen bench-top. The real obstacle for solar is that its value is intangible so that, in contrast to say an air-conditioner or kitchen bench-top, it’s hard for the rental market (owners, tenants and property managers) to factor solar into the valuation of a property. A confounding challenge is that the energy system is quite complicated and so it’s difficult to fully capture and communicate all various aspects of roof top solar systems.

What we’re doing with SunTenants is essential to make the value of solar explicit, so that everyone in the rental market can readily appreciate it, in dollars saved per week. Once everyone sees the quantified bill savings being generated by a system it’s easy to get agree on a fair rental price, that simultaneously provides fantastic financial and environmental returns to owners and tenants.

4. Is the overall vision to eventually open up solar power for all renters in Australia?

Absolutely! The long-term vision is to see solar on all sunny Australian roofs, irrespective of whether they’re owner-occupied or rented.

5. Do you have an estimate of how many renters there are in Australia?

As of the 2016 census, a bit over 30% of Australia’s 8 million private dwellings were rented, and then there’s a few million rented commercial properties. Rentals are by far the largest untapped opportunity for solar in Australia.

6. Could your program expand into other countries?

The strength of SunTenants’ solution is its simplicity – there are no additional contracts or financial transactions – so it applies equally to rental properties in any country!