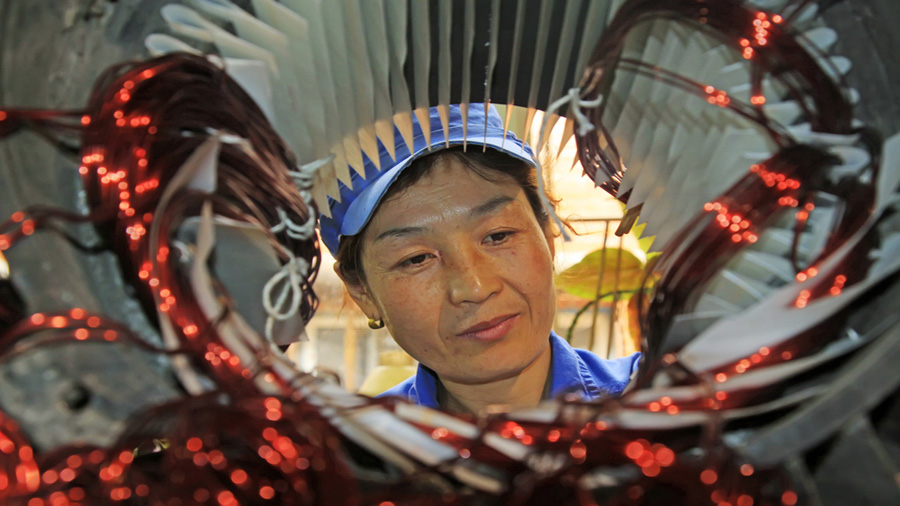 After taking a breather yesterday copper was in retreat again on Thursday falling to $3.018 a pound or $6,650 a tonne, down nearly 9% or $640 a tonne since touching four-year highs just two weeks ago.

Copper is often used as an indicator for economic prospects thanks to its widespread use in industry, transportation, power grids and construction.

Worries about the impact of a trade war between the US and China, responsible for almost half the world’s consumption of copper and other base metals, is behind the recent pullback.

But a Thursday note by commodities economist Simona Gambarini of Capital Economics, an independent London-HQed research house, warns even if trade tensions ease over the course of the year prices of industrial metals are bound to fall in 2018:

Indeed, although trade tensions have already escalated further than we had originally thought, we had always expected that the prices of industrial metals would fall this year owing to slower growth in China.

We think that there are now clear signs that the economy is losing momentum – investment growth was particularly downbeat in May and our proxies for metals demand are also showing some warning signals – but we suspect that this has not fully been factored into industrial metals prices yet. As such, we expect prices to fall further as it becomes evident that China’s demand will be more subdued.

Capital Economics believes cobalt, the prime beneficiary of an expected boom in electric vehicle production, and to a lesser extent tin, are the exceptions in this forecasts.

Separately, the International Copper Study Group, on Thursday released a report estimating world copper mine production rose 7.1% or by 330,000 tonnes during the first quarter of this year.

That was mainly thanks to higher output at the world’s largest copper mine, Chile’s Escondida, and ramp-ups in the Congo and Zambia.